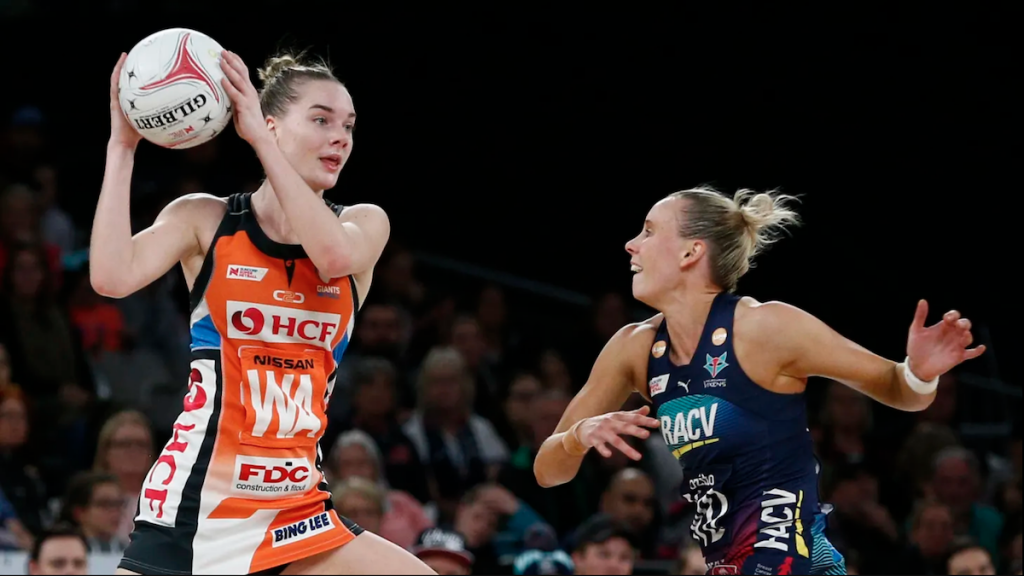 WITH the 2020 Suncorp Super Netball (SSN) season beginning in less than a week, the Draft Central team has decided to count down five things we are looking forward to this season. Number four on the countdown is how a number of crucial list changes could impact ladder positions and really change up this season compared to 2019.

Note: All ladder predictions are an average position based on Draft Central’s combined writer suggestions.

With Maria Folau retiring at the end of 2019 the Adelaide Thunderbirds are in an interesting position, with some quality players through the middle and back end of the court but a somewhat inexperienced front-end. While Lenize Potgieter has taken up a starting position in goal shooter, the side will surely miss their long bomb sharpshooter, with the goal attack position now down to the likes of Charlee Hodges and Sam Gooden though neither of the duo took the court at Super Netball level in 2019. With Beth Cobden also removed from the mix with injury last year and no Australian Netball League (ANL) development pathway in 2020 to work back to full fitness, the side will rely a lot on its young players. Defensively, the return of Layla Guscoth will be a massive step in the right direction for the Thunderbirds, with the Draft Central team expecting the T’birds to sit a fraction higher on the ladder position than they did in 2019.

Like the Thunderbirds the Collingwood Magpies saw a flurry of changes following the 2019 season, though many were forced changes such as Ash Brazill doing her anterior cruciate ligament (ACL) back in February. Alongside Brazill, the Magpies will also go ahead without Nat Medhurst, Kim Ravaillion and April Brandley this season with the trio sitting out of the 2020 season due to pregnancy and ultimately leaving holes across all three thirds of the court. That being said, some handy pickups such as Jamaican import Jodi-Ann Ward and elevated midcourters Mel Bragg and Molly Jovic will help to bolster the Magpies’ stocks and the return of both Madi and Kelsey Browne from injury will do wonders for the side. That being said, the new and mostly untried connections of the team sees Draft Central pit the 2020 Magpies lower on the ladder than last year mainly due to the loss of valuable experience across all three thirds.

The GIANTS are in an interesting position for the 2020 season, suffering very little changes to their 2019 list. The loss of Kim Green to retirement could be the real kicker this year, with the champion wing attack a crucial cog through the GIANTS midcourt over the past few years and leaving a gaping hole in attack. While Kiera Austin is a tried and true candidate to slot in there if need be, the young goal attack could be crucial during the last five minutes of each quarter in goal attack for super shot attempts, meaning the wing attack position could be left to inexperienced youngster Maddie Hay. The GIANTS could be a huge threat if they iron out midcourt issues early, with the Draft Central team seeing the side go one better than last season with potential for a finals berth.

Melbourne Vixens are in much the same position as the GIANTS this season but with the added bonus of a solid 2019 season behind them. With just the one major change at the end of 2019 with club legend Renae Ingles retiring, the Vixens snatched up Kate Eddy who will provide an almost like-for-like replacement, with connections already forged from coming through the Victorian pathways over the years. Eddy’s versatility to ply her trade as a circle defender could also be a huge addition to the side which has been up there in finals consideration but not yet been able to break through those top teams. It looks like the Vixens will hope to blood up some young talent with Tayla Honey returning to the side after injury kept her away from the court in 2019, and despite the new inclusions expect the Vixens to be right up there for finals contention this year.

NSW Swifts had a huge 2019 and while they lost Eddy, the return of captain Maddy Proud is sure to pay dividends with the speedster providing another quality midcourter to an already stacked team. The Swifts proved they had the confidence in their bench last season and came out of it with a premiership making this season crucial for the side to prove last year was not just a fluke with plenty of young names amongst the group. Lauren Moore returns to the group after injury last season and is an adaptable defender to assist down back, while the elevation of midcourter Sophie Craig after her 2019 form saw her have an impact on the bench despite not starting the season with a contract will see the Swifts right up there once more. With a top two finish last year, expect the Swifts to back up there again this season.

Queensland Firebirds had a struggle to the finish last season and surely would have been looking to go one better this season if it wasn’t for the sudden loss of Gretel Bueta to pregnancy. The departure of Bueta for the season leaves a huge hole, with the tall timber one of the greatest goalers of the competition and a key cog in attack for the Firebirds with her accuracy, commitment and flair. A trio of past Vixens headline the major changes, and while a replacement goal attack is yet to be announced, the addition of Ine-Mari Venter could see her have an impact in the goal circle. That being said, the South African product is a goal shooter by trade making for a difficult position for the Firebirds with a goal attack bib handy. The addition of Lara Dunkley could inject some speed through the midcourt with her tried and tested connection with Venter a handy bonus, while Rudi Ellis joins the Firebirds defence though her inexperience at SSN level could leave something to be desired. Unless they have a miracle up their sleeve, 2020 looks like it could be another rebuild year for the ailing Firebirds with the Draft Central team seeing the side struggle to put wins on the board again this season.

Sunshine Coast Lightning have been consistently up there throughout the Suncorp Super Netball over the years so expect the side to continue its winning form with its consistent names proving time and time again that age is just a number. With zero major changes compared to last season after a tumultuous 2018/19 changeover, the Lightning will be one of the closest-knit teams out there this season and as always, will be one to watch out for with a number of players who can change a game with a snap of their fingers. The only change the Lightning have coming into the season is their new coach in Kylee Byrne, who replaced Noeline Taurua at the end of 2019. A high calibre team like the Lightning should not suffer too much from the switch, with the Draft Central team placing the Lightning a fraction lower purely because it is an older team which could suffer from wear and tear as the condensed season goes on.

With a disappointing 2019 campaign behind them after a huge 2018 that saw them make the grand final, the West Coast Fever are in a position to prove they have what it takes in the competition. But as one of the most predictable sides in the Super Netball they will have a tough job switching up play to get more wins on the board this season, with the Fever following in the Lightning’s footsteps and not making any changes for the 2020 season. While this is a bonus for the side, able to forge some stronger connections, the individual effort to post has hurt the Fever over the past year making for a make-or-break season for its attack unit if they cannot produce strong scoreboard pressure in the goal attack position.