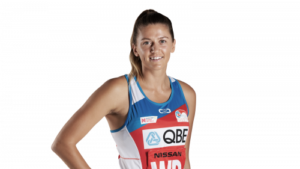 A talented midcourt defender, Kate Eddy returned to Victoria for the 2020 season having spent the last year or so with the NSW Swifts and plying her trade up there, proving she is more than ready for a starting spot in the Super Netball. With the Vixens losing veteran defender Renae Ingles to retirement at the end of 2019, there was no greater option that the former training partner in Eddy, who already has a solid rapport with many of the players. Eddy’s ability to rotate through any number of defensive positions is sure to be a handy inclusion, and while she will likely ply her trade mostly out in wing defence, her versatility to play out in goal defence or even drop back to keeper is sure to see her create a real name for herself in the Vixens lineup. With speed and defensive ability, Eddy will look to create plenty of turnover ball and be that creative defender down back.