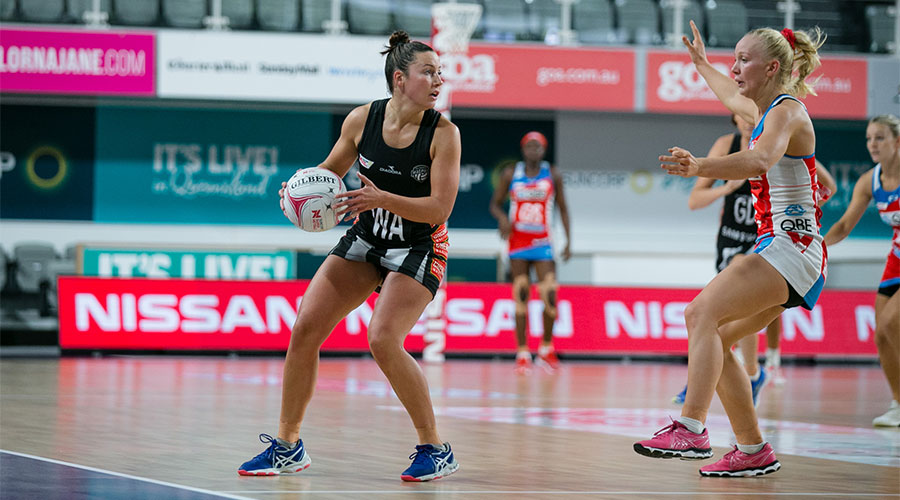 WITH the 2020 Suncorp Super Netball (SSN) season beginning in less than a week, the Draft Central team has decided to count down five things we are looking forward to this season. Number three on the countdown is the imminent return of some critical players and who have really benefited from the extended time off.

With anterior cruciate ligament (ACL) injuries happening left, right and centre in 2019, the 2020 season will see a lot of players heading towards an eventual return and some who hope to take the court from Round 1 and make their mark from the get-go. Among those in the mix of of an early return are a couple of crucial midcourters, with both Madi Browne and Maddy Proud likely to hit the court as soon as possible given the extended break due to the COVID-19 crisis. While Browne and Proud were injured a couple months apart, both have suggested a Round 1 return which will surely boost their respective teams’ potential this season.

Also expected back from ACL recovery this season but with no confirmation date on their return are Mahalia Cassidy, Kelsey Browne and Sasha Glasgow, with Cassidy expected to return prior to the latter two given her early-season injury. That being said, Cassidy and Glasgow are somewhat unaccounted for with little confirmation about their return apart from being on the playing lists, while there have been plenty of positives around Kelsey Browne’s recovery. The last player expected to return to the court is England international Beth Cobden, with the Adelaide Thunderbirds midcourter going down early in the season but no longer featured on the Thunderbirds’ playing list and leaving a question mark over her head. While it is all fun and games for the aforementioned six, star midcourter Ash Brazill is unlikely to return this season, only having ruptured her ACL in February. While seemingly on the road to an excellent recovery, it would take a miracle for the Magpies midcourter to make her return this season, though if there was anyone with the drive to do so it would certainly be Brazill.

Also returning in 2020 are a couple of Achilles injury sufferers, with Layla Guscoth and Tayla Honey both back at full fitness after respective injuries that kept them off the court. While Honey was struck down prior to last season beginning, fans saw plenty of star power from Guscoth before the England defender went down, with her return set to bring plenty of spark to the Thunderbirds’ backline. Tippah Dwan was another ruled out for the season prior to the 2019 season beginning, with the young goaler unfortunate to miss out, while Kate Eddy sat out for the end of last season and was unfortunate to miss out on playing in the Swifts grand final win. Lauren Moore may not have taken the court for the Swifts last season but was a huge loss off the bench, with the talented defender injured in the 2019 Australian Netball League (ANL) grand final but hoping to have an impact as a rolling sub in 2020. Tall timber Emma Ryde may just be a training partner with the Magpies this season but will hope to find some of the action, holding up well when required with the Thunderbirds last season before an untimely knee hyperextension ruled her out for the rest of the season.

Looking to players who may not have hit their full potential in 2019, there are a couple who returned from injury during last season and will hope to go one better this season and have more influence on the court. Mwai Kumwenda made her long awaited return just in time for a Melbourne Vixens finals berth, slotting in nicely to the goal circle but only playing in patches to reduce the risk of further injury. Fully recovered from her 2018 ACL rupture now and with no need to manage her load, expect the goal shooter to be fighting fit and ready to have a huge impact in attack. Romelda Aiken is another tall timber who had an interrupted season so will hope to have a greater impact this season, especially holding up a much less experienced attack-line, while two more critical players who look to be good to go are Courtney Bruce and Caitlin Bassett, with the Australian Diamonds bookends struggling with injury throughout patches of last season. While Bruce was out of action with an untimely elbow injury for a couple of rounds last season and did not quite have the same impact upon her return, Bassett had a niggling preseason injury that limited her accuracy to post early last year. Factoring in that Bassett was expected to also miss at least a few of the early rounds this season thanks to a Medial Collateral Ligament (MCL) rupture back in March, the extended break from sport will surely see her back in action from the starting whistle of Round 1 this week.