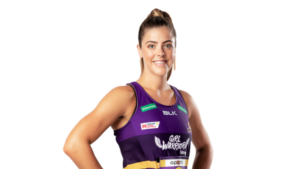 The speedy midcourter well and truly left her mark on the competition last year with the Vixens. Despite not getting a lot of court time, her netball smarts were on full display able to thread the needle with her crafty passes. Her execution with ball in hand will add that extra level of echelon to the Firebirds attacking end given her ability to stop on a dime and turn of speed.

Dunkley is strong on the take, often using her footwork and upper body strength to secure prime positon around the circle edge. With her high level of endurance, Dunkley can move between wing attack and centre with ease and have an impact.