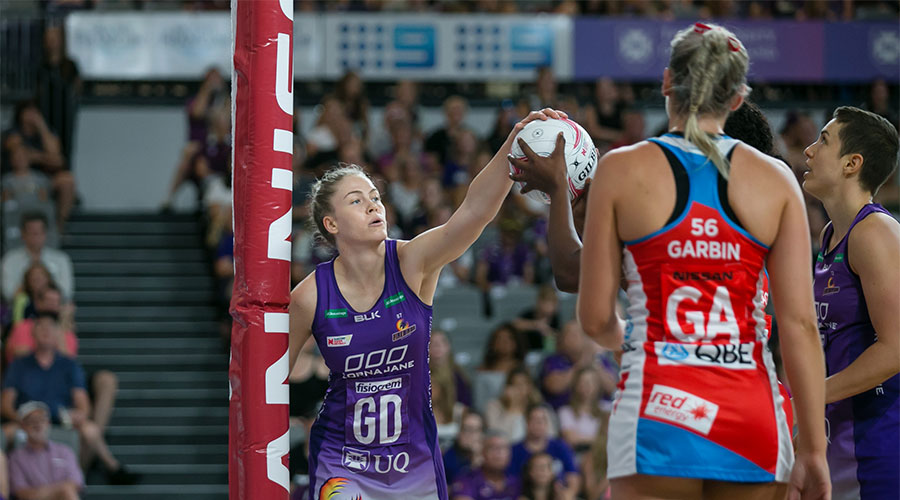 WITH the 2020 Suncorp Super Netball (SSN) season beginning in less than a week, the Draft Central team has decided to count down five things we are looking forward to this season. Coming in at number five is the further development of young up and coming players across the league. With a couple of fresh faces showcasing their explosive potential last season, the extended break could have worked wonders for them and allowed extra time to hone their craft and come out raring to go in Round 1.

Starting with defence, there are a couple of talented names in there with Shamera Sterling, Kim Jenner and Tara Hinchliffe just to name a few. Sterling set the court alight last season with her impressive aerial ability and consistency in defence to win back a wealth of ball with her clever footwork and long arms, and with a little cleaning up she could be an even bigger threat this year with improved connections across the court.

Jenner and Hinchliffe learned from the best in Laura Geitz and it shows, with the defensive duo a little on the undisciplined side but made up for it with their rate of development and ability to turn a game on its head. With more time behind them to strengthen their connections in the circle and increase their endurance they could be crucial to the Firebirds’ success this year. Turning to the Collingwood Magpies, Matilda Garrett will have a real chance this season to rack up some crucial minutes on court with April Brandley out of the mix. While she did not manage a heap of court time last season, Garrett will be one of the mid-tier experienced names with the Magpies this season making this a pivotal time for the young defender to step up to the challenge.

Coming through the midcourt, Amy Parmenter made herself into a crucial cog last season for the GIANTS and is set to provide that same impact once more given she will no longer be the new kid on the block. With speed and impeccable timing to boot, expect fan-favourite Parmenter to impress once more. Adelaide Thunderbirds youngster Maisie Nankivell was elevated for a patch of last season, with the tenacious midcourter able to create turnovers and be a physical threat with her arms over pressure and speed, though with the calibre of midcourters on the Tbirds’ list, there is no guarantee she will take the court. While not one of the younger ones on this list, Kate Eddy will hope for her first uninterrupted season at SSN level after all but cementing her spot as the Vixens’ starting wing defence for 2020. Her development with the NSW Swifts in 2019 shined bright but injury struck in the late stages of the season, seeing Eddy miss out on premiership glory.

The retirement of Kim Green opens up further possibilities for Kiera Austin, with the versatile young attacker able to ply her trade in any number of positions, able to be a threat in both wing attack and goal attack. Austin can have an impact from within the circle with her clean movement and long range shooting ability while Lightning goaler Cara Koenen came along in leaps and bounds last season with her silky footwork and impressive accuracy. Talking of development, Shimona Nelson starred for the Magpies last year and as the now most experienced goaler in the attack unit, will need to continue that form if the Magpies want to win. She developed at a rate of knots in 2019 with her hands becoming cleaner with every match, but will need backup from her fellow young goalers to be able to ply her trade to her full ability.

Also looking to ply their trade this season are the likes of Charlee Hodges who returns to the Thunderbirds after a season at the ANZ Premiership and Sophie Garbin who has been a handy rotation for the Swifts over the past few seasons, able to have an impact off the bench. A couple of youngsters in the likes of Tayla Honey, Kadie-Ann Dehaney and Olivia Lewis will hope to gain some precious exposure but sit behind some formidable names that could see them continue as benchwarmers. Unlikely to share the centre role as much as she did in 2019, expect Hannah Petty to come out with a point to prove in centre while a Firebirds duo in Lara Dunkley and Macy Gardner will be vying for a starting spot through the midcourt with Mahalia Cassidy likely to be managed early upon her return from injury but two consistent fixtures through the midcourt already settled.