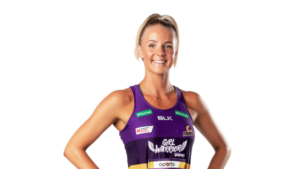 Ellis has tasted plenty of success in her short netball career, coming off a premiership win with the Victorian Fury in the Australian Netball League (ANL). Looking for more court time in 2020, Ellis could easily be another key contributor to the developing Firebirds defensive duo. She is still young and honing in her craft but has plenty of potential given her lean over the shot and ability to hunt the ball in the attacking third.

She is smooth on her feet, able to cause confusion with her long arms and intimidating style of defence. The tenacious 22-year-old goal keeper oozes plenty of raw talent and is not afraid to apply plenty of physical pressure in the goal circle.