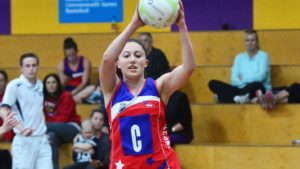 Still developing her craft, Jovic has speed to burn and is a real excitement machine in the attacking third with her agility and ball movement. Her vision to see two passes ahead and back herself makes her hard to stop when she gets going. New to Suncorp Super Netball this year, expect Jovic to provide plenty of versatility able to swing between both wing attack and centre to help further create that dynamic attacking third. Her clever footwork around circle edge and quick change of direction will be well and truly appreciated in the Collingwood midcourt given the loss of both Kelsey Browne and Ash Brazill. Jovic knows what it takes to perform under pressure, playing in the winning grand final with the Victorian Fury last year in the Australian Netball League which will give her plenty of confidence heading into the SSN.