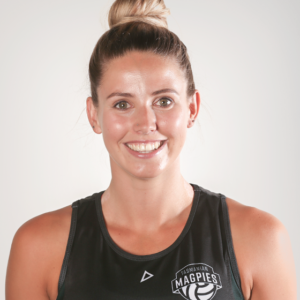 The talented defender will be looking forward to gaining some more consistent court time and really showcase her versatility and defensive prowess. Bragg can move between circle defence while also float into wing defence such is her netball IQ and skill. A real workhorse around the court, she can find the ball with ease and either transition into defence or go screaming down the court thanks to her attacking intent. She is quick on her feet, able to get her hands to ball time after time and cause a turnover. Standing at 177cm the defensive midcourter applies strong hands over pressure, blocking her opponents vision into the circle to force held balls and errors while her read of the play is also impressive.