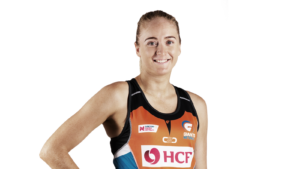 A training partner since the GIANTS inaugural season in 2017, Hay bided her time and waited for her chance at a full-time position. That chance came at the end of 2019 when Hay earned a contract with the retirement of star wing attack, Kim Green. Whilst the GIANTS midcourt still has plenty of options in it, Hay could provide valuable minutes in wing attack, especially if one of the shooters goes down and Julie Fitzgerald has to shuffle the magnets. Hay made her debut in the opening round last year and will be hoping to add many more minutes to that tally in 2020.