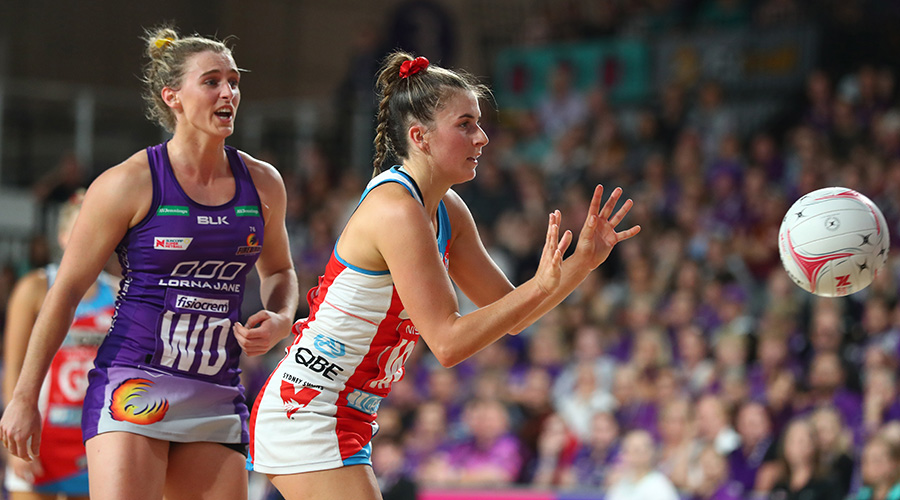 WITH the 2020 Suncorp Super Netball (SSN) season beginning in just a couple of days, the Draft Central team has decided to count down five things we are looking forward to this season. One of the most interesting adaptations this season is the addition of rolling subs, with a few teams that could benefit more than others in different parts of the court.

Starting with last season’s premiers, the NSW Swifts have plenty of talent on their bench that proved they could impact where required last season. Over the past few seasons the development of Sophie Garbin has been impressive with the youngster finding patches of court time last season and a huge benefit of her improvement could see her jump on as an impact player where required to assist Helen Housby and Sam Wallace. Through the midcourt, the Swifts have some high quality names in the mix with Maddy Proud, Paige Hadley and Nat Haythornthwaite all dominant attackers and Proud returning from injury, as well as some stellar youngsters on the bench who can ply their trade when required. In defence the side is a little less versatile than past seasons so is unlikely to see as much change as past seasons, though expect to see the likes of Lauren Moore ply her trade to rest Sarah Klau and Maddy Turner.

Sunshine Coast Lightning are almost in a completely different position to the Swifts in that they rarely made use of their bench in past seasons, bar to rotate Steph Wood, Cara Koenen and Peace Proscovia last season. Given Wood is the most confident on the long bomb, expect the pocket rocket to be the main offender in the last five minutes of the quarter while Koenen can push out to goal attack when required to assist Proscovia at the post, though we are still yet to see who will take the starting spot alongside Wood. What we could see from the Lightning is a different kind of rolling rotation through the midcourt, with potential of Laura Langman and Laura Scherian shuffling for a different approach to the centre position or to rest given the condensed fixture will see double the games in a short amount of time.

Heading to the Melbourne Vixens and it is much the same story to the Lightning, with rotations expected in the goal circle but significant and trusted connections formed down the rest of the court. With a number of goalers who are able to sink the long bomb, expect the Vixens to adapt their rolling subs based on the game at hand, with the trio of Mwai Kumwenda, Caitlin Thwaites and Tegan Philip all able to ply their trade from anywhere in the circle. While the Vixens have been known to not make a huge amount of changes in past seasons, the addition of Kate Eddy this season could open up different defensive combinations, though the tried and tested duo of Emily Mannix and Jo Weston has rarely faltered with little rotations expected unless injury strikes.

Heading to a new look Collingwood Magpies side and it is safe to say that the Magpies will see plenty of rotations, especially with the return of Madi and Kelsey Browne from injury. With the dynamic sisters able to impact in any position through the midcourt and potentially set to be rested in patches to work up to full match fitness with no recent practice matches behind them, expect a couple of the Magpies’ young guns in Mel Bragg and Molly Jovic to take full control of their opportunities to get valuable court time. The goaling unit will be crucial for the Pies, with Shimona Nelson and Gabby Sinclair all but expected to play full games at this point with Julia Woolley returning to her Victorian Netball League side. This puts training partners Emma Ryde and Nyah Allen in good stead to make their Magpies debut but also puts a question mark over their heads with Allen having no prior SSN experience and Ryde a goal shooter like Nelson. Defensively, expect Jodi-Ann Ward and Matilda Garrett to be the major switch-ups in goal defence, with Ward also able to ply her trade in wing defence and Geva Mentor holding strong in goal keeper.

Sitting just out of the top four last season, this GIANTS unit is looking very similar and is sure to benefit off the rolling subs with Kiera Austin a fantastic long shot to rotate into goal attack with fellow long bomb specialist Jo Harten at the post during the five minute two goal super shot period. Austin will likely fill the wing attack hole left by Kim Green at the end of last season for much of the rest of the quarters, with Caitlin Bassett important at the post and plenty of time for the goaling unit to meld better than they did in season 2019. After some fiddling last season Jamie-Lee Price secured the centre position with Amy Parmenter holding ground at wing defence little midcourt changes are expected except in the instance of the final five minutes, with Maddie Hay a potential to come off the bench where required. Defensively, Kristiana Manu’a and Sam Poolman are expected to hold down defence with assistance from Matilda McDonell.

After a disappointing season last year, West Coast Fever has nowhere to go but up and will likely see the most rolling sub movement through their goal circle in much the same way as they did in 2019. With Jhaniele Fowler as consistent and reliable as they come at the post, much of the movement will likely come from Kaylia Stanton and Alice Teague-Neeld, though Stanton’s goal shooter experience could prove crucial given she and Teague-Neeld are certainly more confident and used to the long bomb than Fowler. While it would be a huge change not having Fowler at the post, perhaps the switch-up is what the Fever need up forward when the two goal super shot comes into play. When it comes to  the midcourt and defence the Fever were forced to blood up a couple less experienced names last season that saw some impressive development, giving plenty of confidence to rotate where required. While Courtney Bruce is unlikely to rotate from goal keeper, Stacey Francis had a couple of runs out in wing defence last season while Jess Anstiss is a versatile midcourter meaning there could be plenty of movement in this Fever side.

A much-improved 2019 season saw the Thunderbirds suffer injuries aplenty and a bottom two finish while the off-season saw a flurry of changes. The retirement of long bomb specialist Maria Folau will hurt the Thunderbirds with the super shot coming into effect so shortly after her time with the side, and while the T’birds still have some stellar goalers, the likes of Lenize Potgieter and Sasha Glasgow are not the most adaptable, playing out most of their time in goal shooter. Still potentially in recovery from her 2019 anterior cruciate ligament (ACL) rupture, Glasgow will likely be rested early in the part of the season leaving much of that attacking rotation to Charlee Hodges and Sam Gooden out the front with Hodges expected to get the start. With a highly versatile back-end, expect Kate Shimmin, Layla Guscoth and Shamera Sterling to really utilise the rolling sub with each defender able to add something different to the circle, while Shadine Van Der Merwe can also be a handy option down back.

Like the Magpies, expect the Firebirds to really take advantage of the rolling subs in 2020 with a couple of young, inexperienced names and plenty of upcoming talent in the mix. With a couple of young defenders holding down the circle expect to see some rotation between Kim Jenner, Tara Hinchliffe and Rudi Ellis, while the experience and consistency of Gabi Simpson will hold up well in wing defence and highly unlikely to change from her regular post. The attacking midcourt will be down to Jemma Mi Mi and the hopeful return of Mahalia Cassidy, although young guns Macy Gardner and Lara Dunkley are both capable of rotating in where required especially if Cassidy is still a while off returning from ACL recovery. The real question for the Firebirds is what will happen in attack, with Romelda Aiken the obvious go-to girl at the post but no official replacement for Gretel Bueta as of yet. The rolling subs rule will allow the Firebirds to really feel out connections, with South African import Ine-Mari Venter the only viable option for the time being as the sole additional goaler on the list, though training partner Tippah Dwan is a solid option on the bench after being a quality option in preseason last year prior to injury.