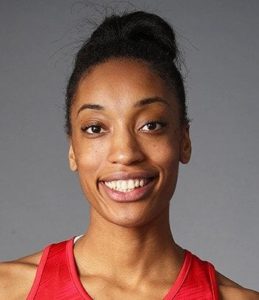 An impressive character both on and off the court, Guscoth is one of those defenders who can make something out of nothing before anyone even realises something has happened – her cleanliness out in goal defence is almost unheard of, finding plenty of ball and turning it over with ease. While much of it is down to the pressure she applies on her opposition, Guscoth’s long arms and ability to follow up the play make her a threatening defender, able to have an impact in all three defensive positions. Typically out in goal defence, Guscoth’s hands over pressure is impressive and while she is not the tallest defender on the court, she more than makes up for it with her speed and ability to work with her teammates for the turnover. Currently playing with the Adelaide Thunderbirds, Guscoth forms part of a crafty and critical pairing with any number of defenders.