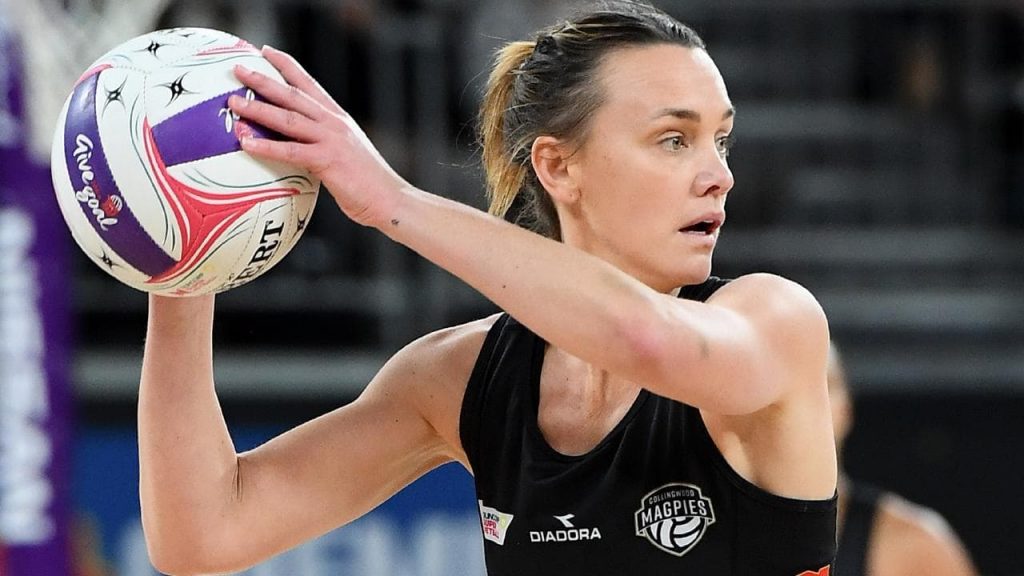 THERE are a host of international players across the world that, much like a fine wine, have simply gotten better with age. With netball on hold due to the COVID-19 outbreak, Draft Central takes a look at players that fall into the category of over 30 and still have plenty in the tank given their on-court prowess. Although she is currently on a netball hiatus with pregnancy, Nat Medhurst comes in at number 12 on the countdown.

The Collingwood Magpies goaler elevated her game again last year with her effortless movement across the court and sheer netball smarts constantly on display. Her on-court leadership and ability to control the front end made her an integral member in the Magpies side, able to direct traffic and control the flow of the game. Although she is not renowned for her high volume of shots it is her play making ability that sets her apart from fellow goal attacks able to see the play two steps ahead of the next. The 36-year-old has an uncanny ability to drop into space when needed and can sense the moment to stand up under pressure. Her floating style of play across the court is varied with her hard drives into the circle to beat the defender and gain prime position under the post, which in turn keeps the opposition on their toes.

She is not afraid to take on the contest relying on her quick footwork to out manoeuvre and outsmart her opponent while her quick hands leave many in awe. There is no denying that the fast footed Medhurst has gotten better with age, darting around the court easily and exploiting every little bit of space there is to offer. There is nothing more poetic than seeing Medhurst’s baseline drives in full swing, able to burst through the circle and receive the ball. She is renowned for her impressive balance and spatial awareness able to step on to one foot and do a full 360 to assess her options and off-load the pass.

Her delivery into the circle is second to none, able to release that high ball into the likes of current shooting partner Shimona Nelson, and former teammates Jhaniele Fowler and Caitlin Bassett with ease. Her connection with the likes of Kelsey Browne, Kimiora Poi and Kim Ravaillion started to blossom towards the tail end of the season with the midcourters able to read Medhurst’s movement and play accordingly.

When she is on there is almost no stopping Medhurst who has proven that she has the calibre to explode and cause all sorts of headaches for defenders, whether it be with her play making capabilities or skill to go to post. Medhurst has a lovely high release shot that makes it hard for defenders to stop and while she does not contribute a large amount to the scoreboard it is her presence that makes her a commanding figure in the goal circle.