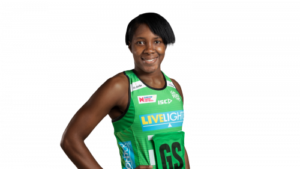 Two years of Suncorp Super Netball and two Most Valuable Player Awards (MVP) for the Jamaican scoring machine. Few could argue that Fowler is the world’s best shooter, and while she might have the one trick under the post, when she stands at 198cm, good luck trying to stop that trick. Opposition teams have already tried to double-team her and force her goal attacks to take shots they normally would not attempt, and it was clear Fowler missed Nat Medhurst in 2019 as the Fever went from grand finalists down in the bottom few sides. Nonetheless, Fowler still won the MVP award for season 2019, and looms as the most important player for the Fever given her high volume and high accuracy – shooting at an elite 93.4 per cent over her two seasons in the Suncorp Super Netball.