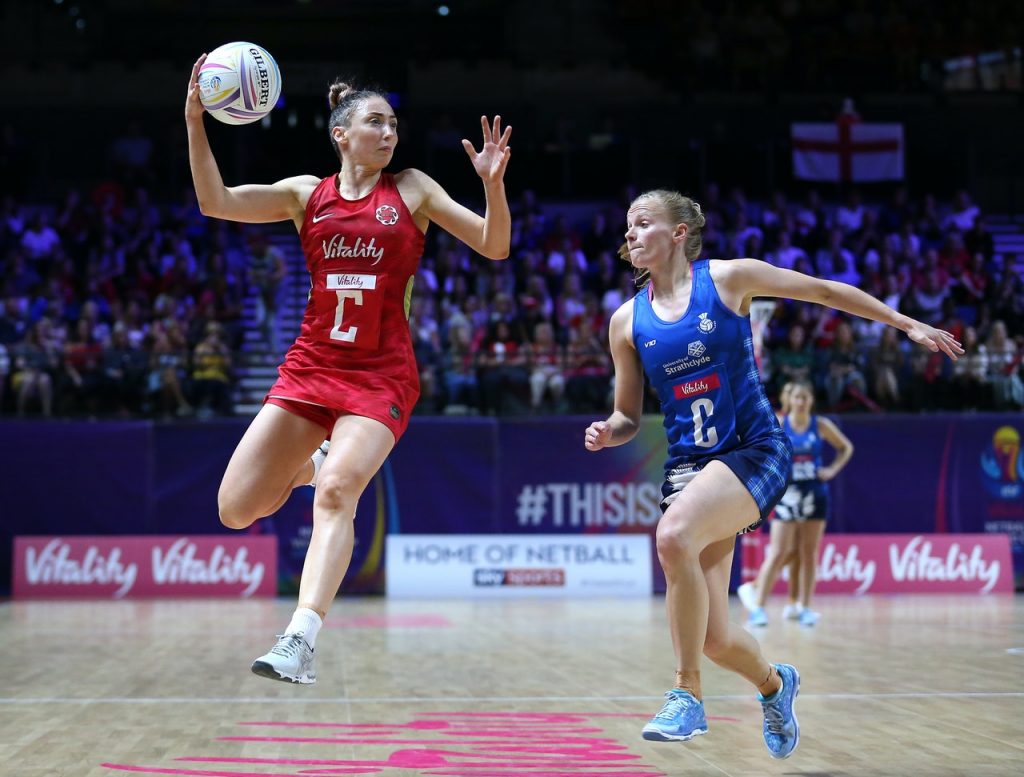 THERE are a host of international players across the world who, much like a fine wine, have simply gotten better with age. With netball on hold due to the COVID-19 outbreak, Draft Central takes a look at players that fall into the category of over 30 and still have plenty in the tank given their on-court prowess. Coming up next at number 16 is threatening England Roses midcourter, Jade Clarke.

A veteran of the game and the highest capped current England player, Clarke is still a force to be reckoned with and even at 36-years-old continues to one-up her form and craft constantly. Consistently driving down the midcourt and able to win the ball back with ease, Clarke uses her experience and netball smarts to be a formidable opponent with her ability to adapt to the situation. With a defensive approach to the centre position and the versatility to drop back to wing defence to form a blockade on the transverse line, Clarke is a real leader on the court.

Able to create a solid pairing through the midcourt with the likes of Serena Guthrie allows Clarke to continuously provide a threat regardless of her positioning, able to outsmart her opposition and use her gut-running and endurance to go, go, go. With 176 international caps to her name Clarke has showed no signs of stopping, building and adapting her game play to provide a thoroughly difficult barricade whether she takes the court in centre or wing defence.

Able to provide pressure anywhere on the court is something that has allowed Clarke to continue at the top level for so long, with her pressing defensive ability and wing span creating a real workhorse option through the midcourt. Meanwhile, her shadowing and zoning style of play allows her to adapt depending on her opposition to apply pressure on both her player and the ball handler. On circle edge Clarke be a threatening option both in attack and defence, able to use her vision to propel ball into the circle or her long arms and three-foot marking to defend on circle edge and deflect passes out of the ring.

A crucial midcourter for Wasps Netball in the Vitality Netball Superleague, Clarke’s experience allows her be a consistent competitor against any opposition, able to form solid partnerships with a number of midcourters thanks to her adaptability and constant pressure.