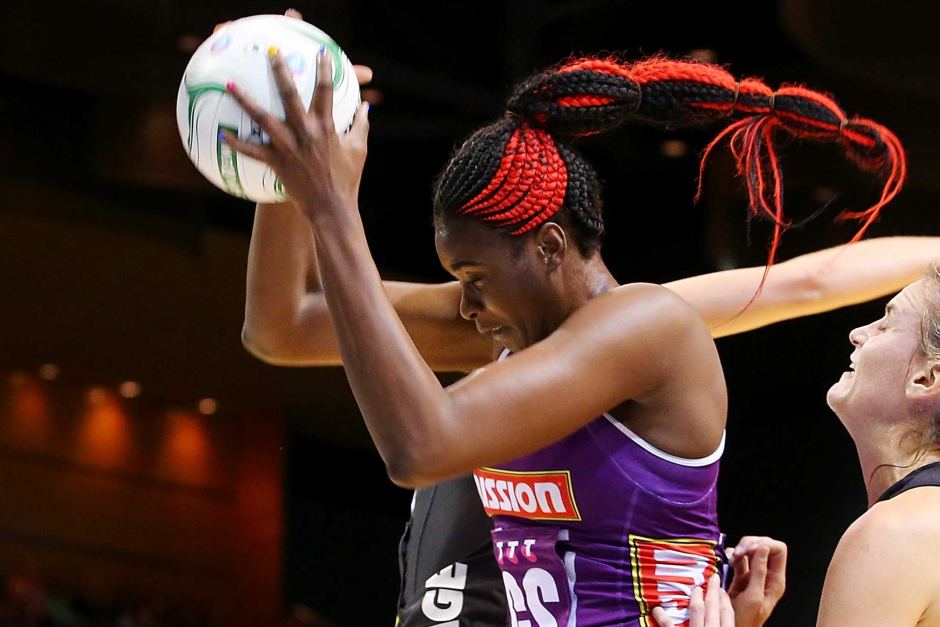 THERE are a host of international players across the world that much like fine wine, have simply gotten better with age. With netball on hold due to the COVID-19 outbreak Draft Central takes a look at players that fall into the category of over 30 and still have plenty in the tank given their on-court prowess. Coming in at number 14 on the countdown is none other than Jamaican shooting powerhouse and veteran of the Queensland Firebirds Romelda Aiken.

Aiken is entering her twelfth season with the Queensland Firebirds with the 31-year-old shooter simply improving as time goes by. Her ability to read the play and command the ball under the post is second to none. The Jamaican goal shooter is arguably one of the most prominent goalers in the Suncorp Super Netball with her impressive aerial ability and strength. Although she can be shaky on the shot, Aiken is almost unstoppable on the offensive rebound, gobbling up anything that falls short with her long arms and clever positioning.

Standing at 196cm Aiken is hard to beat in the air, able to take the ball at full stretch. Given her height, her balance is highly impressive, able to tiptoe along the baseline and reel in any passes that many players would not be able to control. She is quite agile and nimble able to move her feet with ease and position strongly under the post. She is not often outmuscled by her opponents and has a dash of speed to dart into the circle and demand the ball.

Her game play has only gotten better over the years with her connection with Gretel Bueta simply too hot to handle for many defenders. Aiken’s ability to dish off perfectly timed flick passes in the circle or vision to sight Bueta in the attacking third makes them such a dynamic duo. At 31, Aiken has added a couple more strings to her bow, proving that she can get on the move and draw the defender out of the circle to allow Bueta to take the drive into the circle. Her general netball understanding and movement is what makes her such a damaging prospect for opposition teams.

Although Aiken is renowned for her shooting prowess, the Sunshine Girl has showed her hand as a defender, using her lanky arms to apply pressure over the shot and cause doubt in the feeders’ minds. While still learning the goal keeper position, her ability to switch it up is a testament to the type of a-class player she is, able to be thrown into any position and simply perform. Her netball nous to get ball-side of her opponent and use the outside arm to cause a deflection showcases just how intuitive she is as a player and will only get better with further exposure.

There is no denying that Aiken’s aerial presence is what makes her such a focal point of both the Jamaican international team and Firebirds and while she is heading towards the tail end of her career, Aiken has proven that she can still mix it with the best given her high level of endurance and ball handling skills.