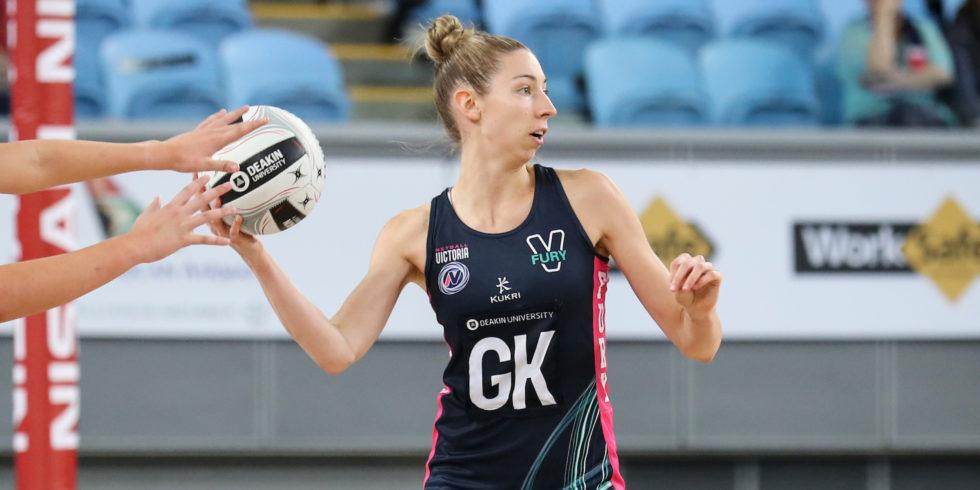 WITH a number of netball leagues across the world being suspended due to COVID-19, the Draft Central team is taking a look at the top 15 training partners stepping up to the Suncorp Super Netball (SSN) plate in 2020. Sitting at number seven on the countdown is Melbourne Vixens training partner Jacqui Newton. This countdown is purely opinion-based, taking into consideration 2019 form, individual potential and future development.

At only 23, Newton has already tasted success thanks to her defensive prowess and impressive skillset. In 2018 the interchangeable goal keeper, goal defender played in the grand final and took out the premiership title in the Victorian Netball League (VNL) with the City West Falcons. She followed up those efforts, going one better in 2019 helping to guide the Victorian Fury to title glory in the Australian Netball League (ANL).

Her ability to have a profound impact at both levels of netball is a testament to her commitment while her desire for success and to push herself further shows her dedicated mentality. She is not afraid to put her body on the line and throw herself at the ball passing by. Newton is an exciting player to watch, quick on her feet and offers consistency when on court. Standing at 185cm she is not the tallest defender but makes up for it with tenacity and quick footwork to get around the body of her opponents and remain in the hunt for the ball.

Newton has had limited exposure to the Suncorp Super Netball level playing just a couple of games but is yet to really crack into the market and showcase her array of talents. Surrounded by the likes of Australian Diamonds duo Jo Weston and Emily Mannix, Newton is aware of the workload and defensive attributes needed to make a splash at international level. Throw in Jamaican up and coming star Kadie-Ann Dehaney and Newton has no shortage of defensive masterminds to learn from, when it comes to perfecting her craft whether it be pressure over the shot or movement inside the circle.

While she is still developing, Newton has showed that she can hold her own up against some talented young guns in the ANL. The more suited goal defence is light on her feet, able to dart around the court and put in the blocks at the top of the circle to stop her opposing shooter from entering the circle with ease. She works hard on transition, constantly looking to re-offer across the court and bring the ball down to deliver to the attackers. Her strong ball movement and accuracy with ball in hand also puts her in good stead for a potential step up to SSN level.