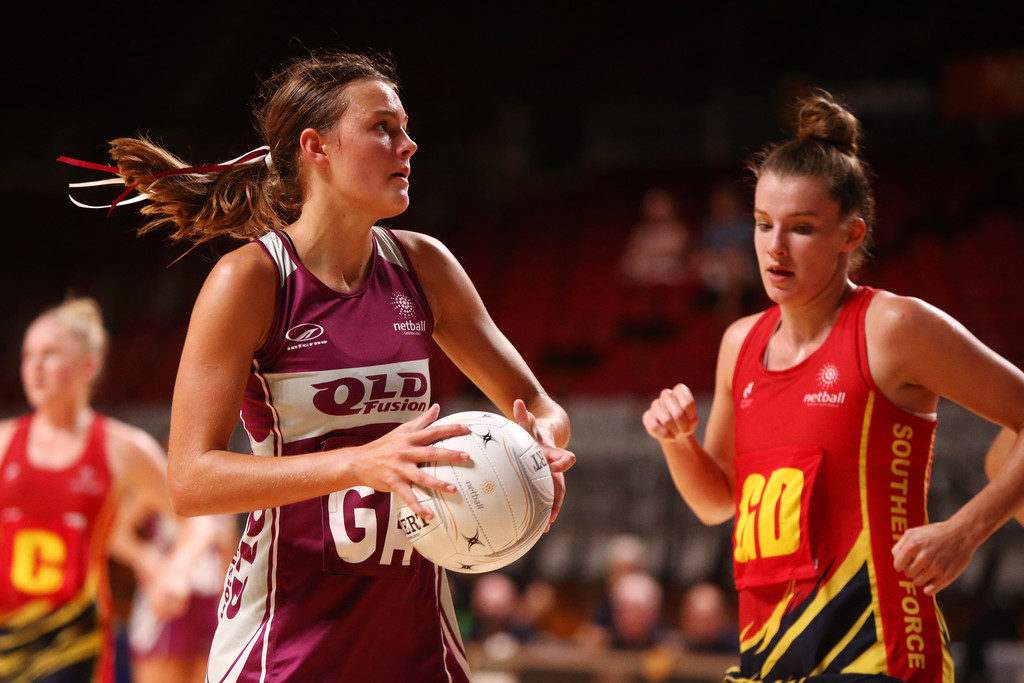 WITH a number of netball leagues across the world being suspended due to COVID-19, the Draft Central team is making a case for the top 15 training partners stepping up to the Suncorp Super Netball plate in 2020, with Queensland Firebirds goaler Tippah Dwan up next. This countdown is purely opinion-based, taking into consideration recent form, individual potential and future development.

No stranger to training with the big-wigs, having been with the Firebirds since 2017 – her final year of high school – Dwan has had a short career thus far after spending two years as a training partner for the Queensland side before getting the official call-up for Suncorp Super Netball season 2019. However, a broken foot in early 2019 saw her downgraded to a training partner once more heading into the 2020 season, putting to a frustrating halt her development at the domestic level.

Sitting behind the likes of Gretel Bueta and Romelda Aiken in the circle, there is no better goal attack for the 20-year-old to learn off. The combination of Bueta and Aiken has proved to be a headache for many an opposition over the years, proving to be a crucial aid in Dwan’s development. While Dwan has not yet made a formal debut at Super Netball level, she gained valuable exposure in last year’s Team Girls Cup where she showcased her clean movement and netball nous.

The young goaler has plenty of potential and leadership experience after progressing through the Netball Queensland pathways. At age 20 she has plenty to look forward to in the future, especially learning off the impressive talent at the Firebirds. Dwan is clean with ball in hand and an ability to move well in the circle without clogging space. She aims to pick up where she left off prior to injury last year, and will look to prove herself for Queensland Fusion in the Australian Netball League (ANL) this season.