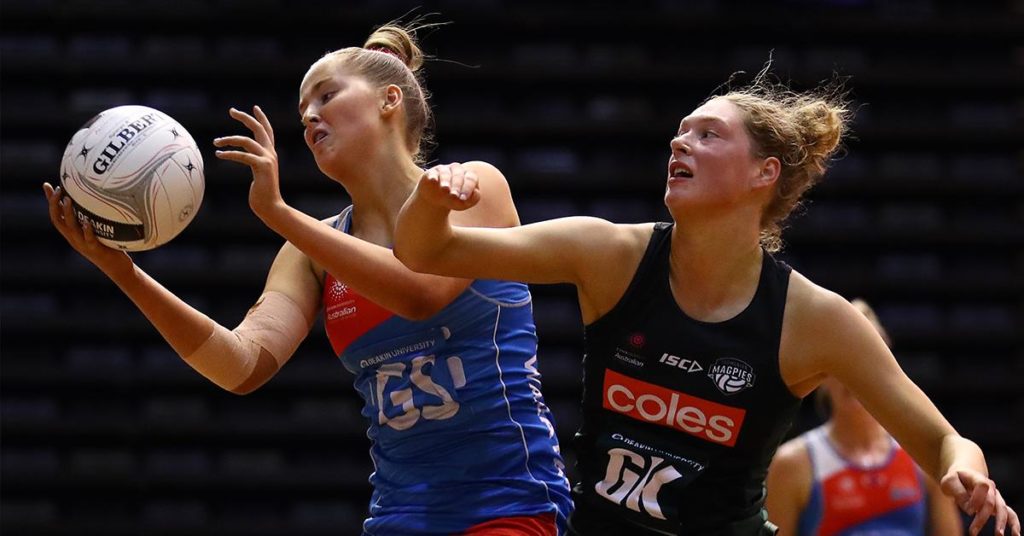 WITH a number of netball leagues across the world being suspended due to COVID-19, the Draft Central team is taking a look at the top 15 training partners stepping up to the Suncorp Super Netball (SSN) plate in 2020. Coming in at 12 is former NSW Swifts and current GIANTS Netball training partner Matisse Letherbarrow. With so much talent at our disposal, this countdown is purely opinion-based, taking into consideration 2019 form, individual potential and future development.

Letherbarrow burst onto the scene at a young age with the talented goaler touted for her impressive skill under the post. Although she is still only 18 Letherbarrow has already had a highly decorated career ranging from representing and captaining her state at the National Championships to playing in the under 17 Australian squad. Her talent is undeniable able to mix it with the best in the competition and given she is still so young her trajectory is high. Though she is yet to debut for a SSN club her ability to have a profound impact at domestic level such as Australian Netball League (ANL) for the NSW Waratahs is a testament to her sheer netball understanding. She has been playing in the ANL since she was 16 highlighting her skill to play against the bigger and more experienced bodies in the competition and more importantly her ability to not get overwhelmed. Letherbarrow was a strong force in the goal circle for the Waratahs in last year’s grand final backing herself from range and using every inch of the circle to reposition and gain some sort of ascendancy over her opponent. At 188cm, Letherbarrow is not the tallest shooter but knows how to use her body and push back against the defenders to be a commanding figure in the goal circle. Her clever movement, strong footwork and vision allows her to create space and drop back into it when needed. Although her reliance on the back space can make her a bit predictable, further development will help to add a couple more strings to her bow. Throw in her agility and Letherbarrow oozes potential and excitement for Australian netball. Her strong hands and strength on the take also makes her a dominant shooter while her twinkle toes on the baseline is a testament to her impressive balance.

Training alongside the likes of England Roses star Jo Harten, Australian Diamonds captain and goal shooter Caitlin Bassett and fellow youngster Kiera Austin, Letherbarrow is surrounded by some classy players that could easily teach her the ropes at SSN level. Expect Letherbarrow to have a big year and develop at a rate of knots given the calibre of players around her.