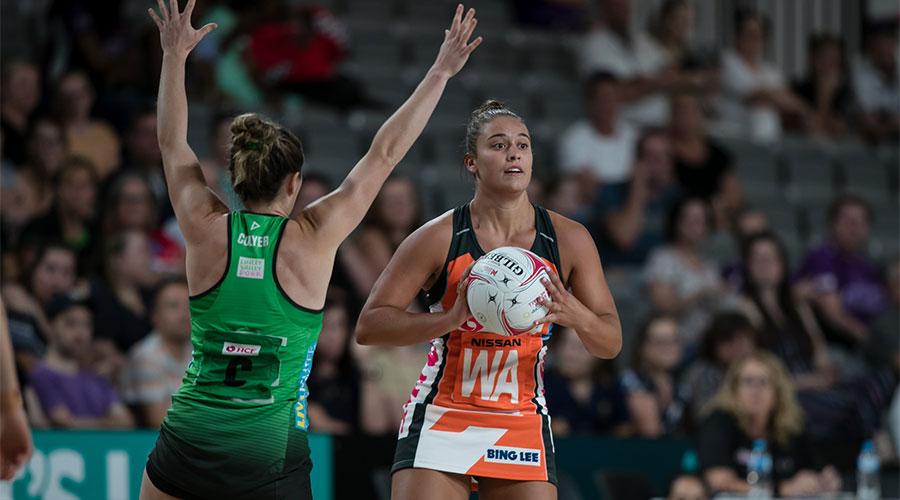 WITH a number of netball leagues across the world being suspended due to COVID-19, the Draft Central team is taking a look at the top 15 training partners stepping up to the Suncorp Super Netball (SSN) plate in 2020. Just inside the top 10 at nine is GIANTS midcourter, Latika Tombs. This countdown is purely opinion-based, taking into consideration 2019 form, individual potential and future development.

The young midcourter is back for her second year at the club and with netball in her blood it is no wonder why the GIANTS were so keen to keep her. Tombs is still developing her craft and despite starting out as a defender made the seamless transition into the midcourt where she is renowned for her damaging strength. Although she is more familiar with the wing defence or centre position, the 19-year-old has been forced to mould into wing attack, a role that she has taken with open arms.

With help from the likes of superstar Kim Green, Tombs has been exposed to plenty of brilliance when it comes to ball placement and the perfect balance of speed and strength. Much like Green, Tombs is strong with ball in hand and most importantly treasures possession, carefully delivering the ball to her goalers. Her versatility is a clear element of her game play able to effortlessly switch between the three centre court positions.

She is no stranger to the big stage captaining her state to the Under 19s National Netball Championships while also spending time in the Australian Netball League to test her netball skills and stamina. Her ability to take charge of the New South Wales squad and lead on court is a testament to her commitment, understanding and on-court leadership to stand up when need be and more importantly deliver.

Tombs is a dynamic mover, able to sight the space across the court and drive hard into it to receive the ball and then dish off accordingly. She is strong around the circle edge, not often fazed by the defensive influence of other players and has proven that she can put pressure on the ball carrier with her three-foot marking. Playing alongside the likes of Jamie-Lee Price who is renowned for her doggedness at the contest, speed and undeniable hustle will only add to Tombs’ desire for success.

Meanwhile having the experience of Australian Diamonds Caitlin Bassett and England Roses goaler Jo Harten will further aide her development. Although she has made a few appearances at Suncorp Super Netball level, further exposure will help to increase her endurance and netball smarts and make her a potential player of the future.