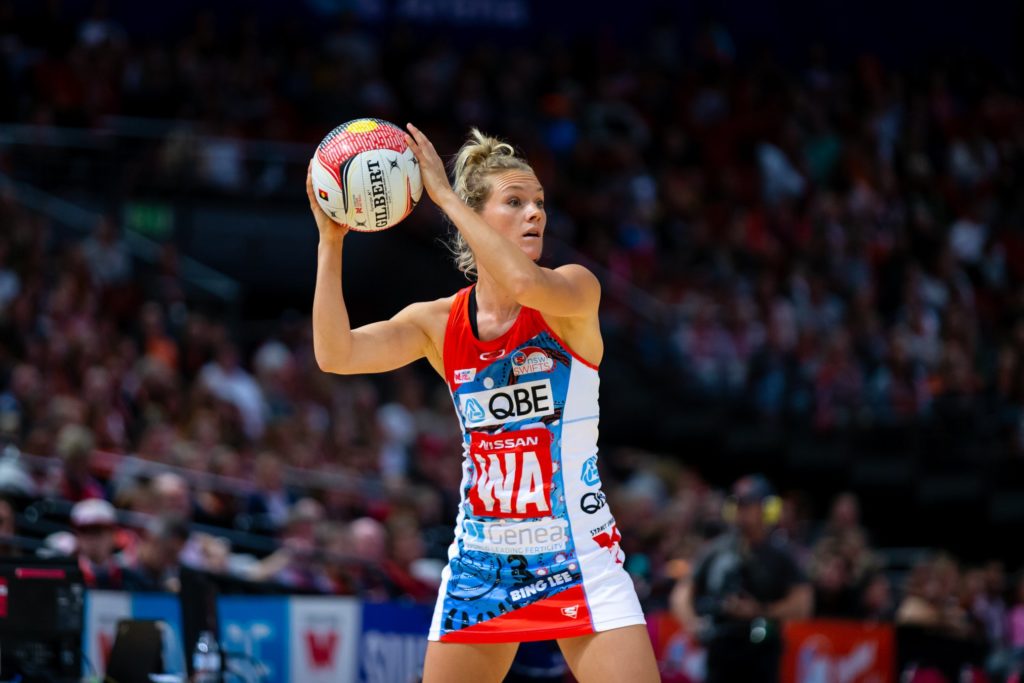 WITH a number of netball leagues across the world being suspended due to COVID-19, the Draft Central team is making a case for the top 15 training partners stepping up to the Suncorp Super Netball plate in 2020. Heading up the Top 5 is dual NSW athlete Elle Bennetts, who plays for NSW Swifts in the Suncorp Super Netball (SSN) and switches both code and team to GWS GIANTS in the AFL Women’s during the netball off-season.

A talented midcourt speedster, Bennetts was a shoe-in for this list thanks to her ability to come on and impact the game no matter her opposition. One of the older training partners on the list, 30-year-old Bennetts made her Super Netball debut in 2019 and collected another few domestic caps along the way thanks to injuries in the Swifts camp. With cleanliness and good anticipation of both the ball and player, Bennetts is a player who can create as much play as she blocks, able to be a versatile midcourter rotating through wing attack and centre. Bennetts came up through the Victorian pathway, spending six years with the Victorian Fury before heading north to play AFL Women’s, joining the NSW Waratahs’ camp along the way, continuing her time in the Australian Netball League, albeit in a different state.

With an ability to hit circle edge, Bennetts is a threatening attacker with clean hands and balance, while her wingspan allows her to reach for crucial ball and bolster the Swifts midcourt. With plenty of endurance and quick feet to evade opposition, Bennetts is a clean player with plenty of experience and will look to step up from her 2019 form, able to propel the ball down the court and find options in and around the circle to influence the game. Working with the likes of captain Maddy Proud, Diamond Paige Hadley and England Rose, Nat Haythornthwaite, Bennetts has plenty of talented names to learn from as well as recently elevated Sophie Craig, who provides a handy option to work with given she was in the same position last year.