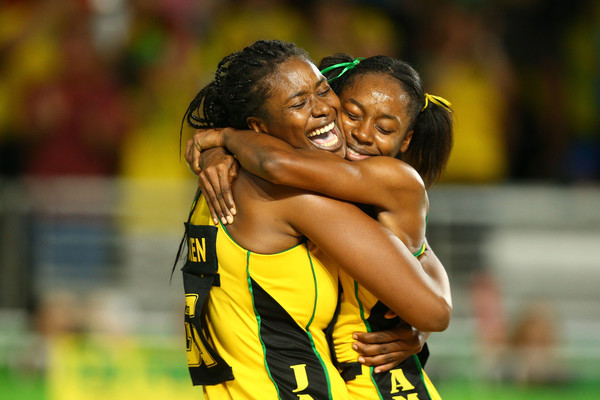 WITH netball taking a back seat to coronavirus in 2020, Draft Central is taking a look at memorable matches in world netball history. Next up is Jamaica’s bronze medal win over New Zealand at the 2018 Commonwealth Games, after missing out on the gold medal match by the slimmest of margins.

It was a period of rebuilding for New Zealand, and this loss almost felt like the tail on the end of years of frustration for the nation, which had never failed to make a final before, let alone miss out on a medal overall. But for Jamaica, this was the culmination of years of edging closer to the title, and while it was the nation’s third bronze medal it was the first Commonwealth Games win against the Ferns, proving the Sunshine Girls could push any team to its limit on their day.

The two sides battled mercilessly throughout, with neither really able to snatch onto momentum for the full match. There was arguably a scoring end with majority of both teams’ scoreboard impact hitting in alternating quarters, with Jamaica dominating the first and third, drawing out a strong lead on both occasions, while New Zealand fought back during the second and fourth quarters to no avail. With quality shooting targets up opposing ends with the likes of Maria Folau, Jhaniele Fowler and Romelda Aiken finding plenty of the ball, the Jamaicans were a fraction cleaner. Khadijah Williams (20 assists from 31 feeds) zipped around as she does best, with the wing attack using her quick footwork to out-position the likes of Sam Winders and Claire Kersten and open up space for both Shanice Beckford (15 goals, 16 assists) and Adean Thomas. While Ferns goal keeper Temalisi Fakahokotau was more than up for the challenge lining up on Fowler and Aiken respectively, it was her penalty count that got the Ferns in trouble, racking up 24 penalties (18 contacts) in her 49 minutes on court. Katrina Rore’s respective cleanliness could not make up the numbers, with the usually tenacious defender failing to have her usual impact.

It was inaccuracy that plagued the Ferns throughout, unable to be their typical cool, calm and collected selves under the post thanks to the phenomenal defensive effort from the Sunshine girls. While Jamaica’s shooting was not at 100 per cent either, the side was far cleaner with the ball in the attack and more careful with the shot where New Zealand wasted attempts from further out than they wanted. Young gun Shamera Sterling was well up to the task in defence for the Sunshine Girls, and was still really an unknown quantity, able to cherry pick the ball with ease and slow down the Ferns’ speedy frontline. Despite Sterling’s dominance, Folau still managed to rack up 34 goals but ultimately was unable to hold up the attack end on her own as both Bailey Mes and Ameliaranne Ekenasio failed to make a real threatening impact on the match, both sitting in the 60s for goal accuracy. Grace Kara was electric around the circle, and while she only assisted 24 goals from her 40 feeds into the circle, she provided a consistent effort on the edge to keep Jodi-Ann Ward busy and cause some confusion for defenders. Meanwhile Vangelee Williams started out in wing defence but rotated back to goal defence after the first, adding another element to the defensive circle and certainly a more robust defender at the post. Williams and Sterling combined for 14 gains between them and while five of those were rebounds, it was their positioning and constant pressure that allowed the duo to find that front space to find the loose ball.

While the Ferns sported a high class team, their experience was outweighed by Jamaica’s tried and true connections down the court, firing on all cylinders and using their flair to rack up the deflections and intercepts. While both teams had highly talented defensive attributes, Jamaica collected more gains (21 versus 17) and 13 more deflections than the Ferns. While not all the deflections resulted in gains, every time the Sunshine Girls got hands to ball they put more doubt in the Ferns’ minds, not looking back as they dominated defensively. With two highly strung teams pushing to prove something, all signs of cleanliness went out the window. Both teams racked up over 70 penalties apiece, something almost unheard of especially on the international stage, combining for a whopping 147 penalties throughout.