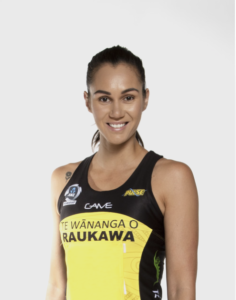 Silver Ferns and Pulse royalty, Ameliaranne Ekenasio is a class above many with the goaler able to stand up and deliver even with the pressure mounting. Her smooth movement, cleverly timed drives, dynamic change of direction and grace on the court is almost unmatched. She is a true leader in the front half of the court using her play making ability to set up attacking forays and inserting herself in the contest when needed. She is often two steps ahead of her opponent such is her netball smarts and read of the play. Ekenasio can easily transition between goal attack and goal shooter with her accuracy to post also a key feature of her game play. The 186cm can shoot from anywhere in the circle able to back herself from range and deliver nine times out of 10.