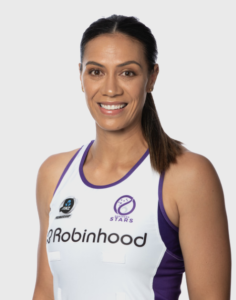 The newly appointed captain will be hoping to make a splash in 2020 with the midcourter able to slice through court with her speed. In her first season back since giving birth to her child, the former Silver Fern will be keen to prove she has not skipped a beat while away from the sport showcasing her athleticism and netball smarts. She is quick on her feet able to dance around the circle edge testament to her general balance and deliver ball inside the circle. She has an uncanny ability to exploit space and is hard-working in attacking to create constant options. Standing at 177cm Kara can seamlessly move between wing attack and centre and will offer a wealth of experience down in the new attacking unit.