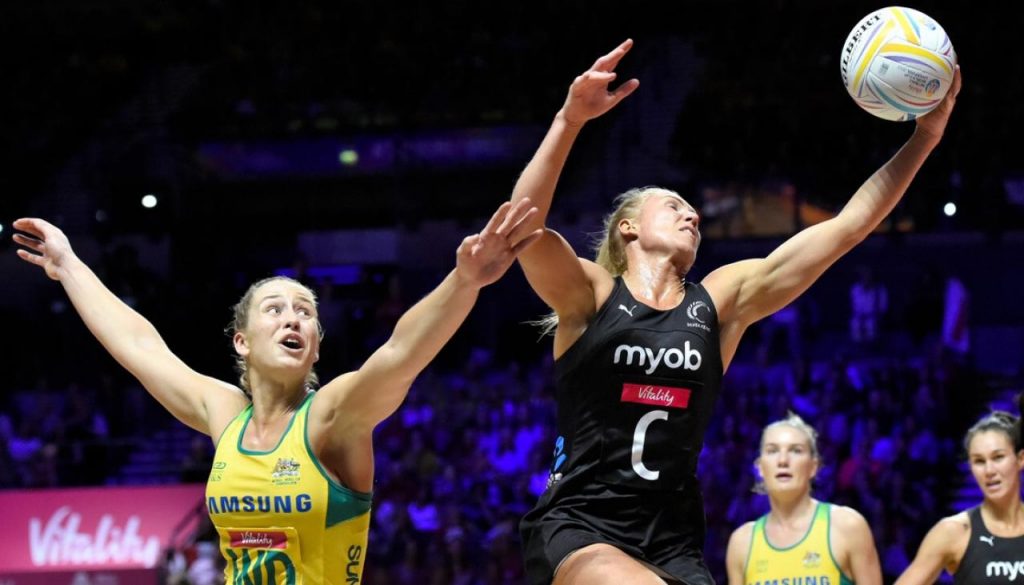 THE Constellation Cup has become a permanent fixture in the international netball calendar with Australia and New Zealand putting themselves to the test and often trying out new combinations to discover some type of competitive edge. With dates for Constellation Cup confirmed for mid October international netball is in sight, giving fans plenty to be excited about. It will be the first time that Australia and New Zealand have gone head to head since last year where the Diamonds restored their winning ways claiming their seventh Constellation Cup. In that time both countries have seen some key players retire with the likes of Maria Folau for the Ferns and Caitlin Thwaites for Australia both hanging up the dress, leaving some big holes in the respective squads. While the thought of international netball looms it is all dependent on the spread and safety precautions which must be taken given the current COVID-19 pandemic.

So what if the Constellation Cup was cancelled?

With Australia in the middle of somewhat of a rebuild after two heartbreaking one goal losses in the 2018 Commonwealth Games and 2019 Netball World Cup, a lack of international netball could have a severe impact on the development of their next generation players. With Thwaites, retiring the opportunity for a new goaler is in the mix with a host of young talent such as Cara Koenen and Sophie Garbin both putting their hand up as viable options last year with their accuracy to post and clever movement. The midcourt could also have a different look for the Diamonds with Ash Brazill unlikely to pull on the green and gold due to a devastating anterior cruciate ligament (ACL) injury at the start of the year leaving a chance for the likes of Kate Moloney or Gabi Simpson. Similarly the same goes for New Zealand with the Ferns on the search for Folau’s replacement whether it be shooting prodigy Grace Nweke, Maia Wilson or Aliyah Dunn. The Ferns could also be without Bailey Mes who was ruled out of the ANZ Premiership season with a patella injury, creating another possibility for a young player to take the court. With key players missing from both sides respectively the Constellation Cup would be an ideal platform for both teams to test out new combinations and allow up and comers to join the ranks. However if both nations are unable to get on court in an international setting the next time they step out on court could be in the Nations Cup when they will be faced with the likes of England, Jamaica or South Africa.

The ramifications do not stop there though, with Australia still on the hunt for a coach with Lisa Alexander no longer in charge of the Diamonds. With no coach at the helm the Diamonds future is still relatively up in the air, something they will be hoping to get on top of in the coming months and test out at the Constellation Cup. The tournament will provide the Diamonds with a chance to test out new combinations, coaching styles and ultimately act as a trial run for the upcoming Nations Cup.

If cancelled due to travel restrictions it also throws up the possibility of not seeing some household netball names take the court again. Both teams have a couple of players heading towards the latter stage of their career in particular New Zealand with the likes of Laura Langman and Katrina Rore. While in no means are we hoping for them to retire from international netball given their undeniable explosiveness, skill and sheer presence, retirement is inevitable in every netballers career. Langman is 34 while Rore hit the 33 mark this year and if international netball comes to a halt in 2020 there is a slight chance netball fans may have already seen the back of them.

Travel is a key part of the Constellation Cup with games played both in Australia and New Zealand, however if restrictions remain in place the competition will not be able to go ahead and subsequently have a huge impact on the world of international netball.