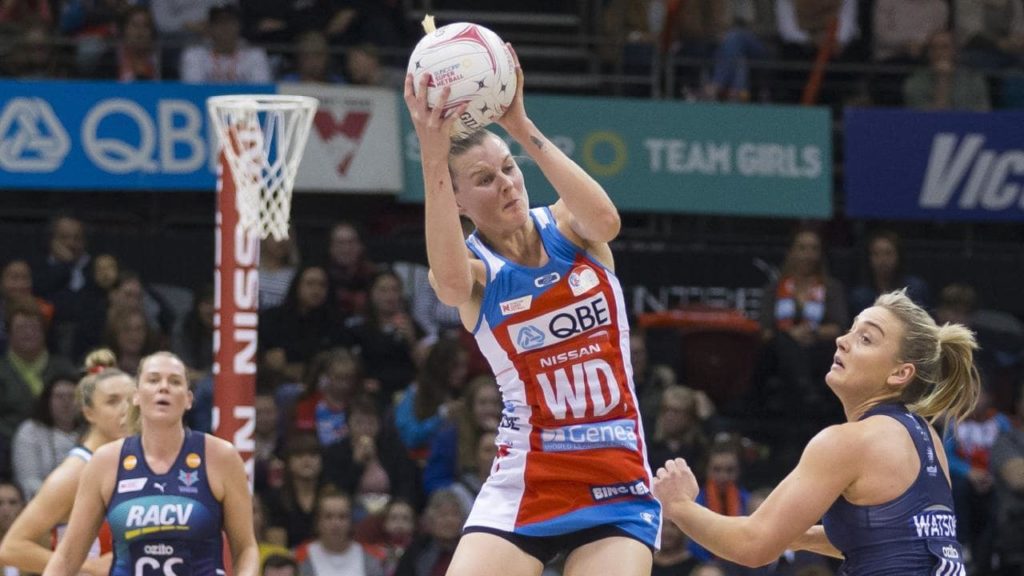 THE 2019 season of Suncorp Super Netball (SSN) was a drought breaking and historic year for the New South Wales Swifts winning their inaugural SSN premiership but it was not without their fair share of challenges.

The Swifts were dealt plenty of injury blows throughout the season with England Roses wing attack and part time shooter Natalie Haythornthwaite sidelined for a large portion of the season, fellow Roses representative Helen Housby forced to the bench with a leg injury and Kate Eddy dealt a season ending ankle injury. But the biggest blow of them all was that to inspirational leader and captain Maddy Proud with the dynamo centre rupturing her anterior cruciate ligament (ACL) midway through the season.

Bruised and battered the Swifts reverted to their up and coming stocks with the likes of Tayla Fraser and Elle Bennetts taking to the court to bolster their line-up. Former Silver Ferns, defender Kayla Cullen also made a brief appearance in the blue, red and white but was just a temporary replacement. While they offered fresh legs and a new perspective on the game the biggest coup of them all was the acquisition of Katrina Rore. Fresh off a premiership with the Central Pulse in the ANZ Premiership, Rore added that extra touch of class around the court while also boasting versatility to move between circle defence and wing defence.

What if Rore did not join the NSW Swifts? Would they have won the premiership?

Although the Swifts were littered with stars, Rore’s influence down in defence was unquestionable with the steady head and experience defender a commanding presence. Her ability to read the play, stand up in the big moments and do the unthinkable is what made her such an influential presence throughout her time in the Suncorp Super Netball (SSN). Rore’s long arms, deceptive speed and high netball IQ played a pivotal role in shutting down opposition attacks.

While she spent the majority of her time out in wing defence, a position she has quickly made her own, her seamless transition into circle defence was something the Swifts made the most out of. Her presence in the goal circle with her lean over the shot, body-on-body physicality and quick feet to manoeuvre around the body created doubt in feeders minds. She was quickly able to adapt to the game play of fellow defenders Maddy Turner and Sarah Klau while the likes of Sophie Craig also had important cameos. Rore has an uncanny tact to go out and hunt the ball, using her impressive timing, long limbs and cleanliness to stop the ball from entering the attacking third with ease while also using her attacking mindset to propel the ball back down the court.

Rore had a game changing impact on the Swifts defensive line-up offering that calming sense down back when things got frantic and pulling out the unthinkable to keep her side afloat. Her experience and netball nous helped to guide the Swifts to victory even when she had a quiet day out on the court. While New South Wales had a solid team with a host of stars in their own right it is fair to say that she was the final piece in the jigsaw puzzle that got them over the line.

Would NSW Swifts have still won the 2019 SSN title without Katrina Rore?
Created with QuizMaker