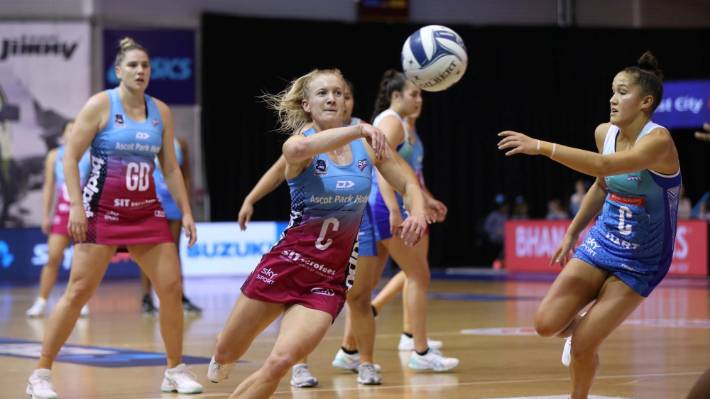 IN each round we will identify one key match-up, provide an in-depth analysis of both players and compare the two styles. This week sees a couple of talented centres and Silver Ferns pitted against each other.

There is no denying that both Sam Winders and Shannon Saunders are barometers for their respective sides, able to dictate the play and turn a game on its head. Both with Silver Ferns experience and a never say die attitude, the contest through the middle will be interesting to say the least.

Renowned for her role normally in at wing defence, Winders has relished the extra court space in recent weeks able to help out in attack and supply key ball into the shooters. Her patience around circle edge and ability to turn on the afterburners in transition is exciting to watch. Throw in her tenacity and high intensity, Winders is a real livewire for the Magic constantly imploring her team to follow her lead and win turnover ball. She is clever with ball in hand, able to read the play and slot into the holes to gobble up passes or swat them away depending on what she sees fit. Winders is a real general through the centre court able to dictate the tempo of the game with her speed or calming notion. Her connections with the likes of Erena Mikaere and Holly Fowler in defence are strong while her combination with goalers Kelsey McPhee, Abigail Latu-Meafou and Khiarna Williams is developing at a rate of knots. Winders is not afraid to lay her body on the line and contest every pass. Her spatial awareness is another key attribute of her game play able to deliver pin point feeds into the circle while her rotation with speedster Whitney Souness is also prominent. She really sets the tone for the Magic, leading from the front and hustling for every loose ball.

Fellow centre, Saunders is also instrumental both in attack and defence for the Steel with her turn of speed and undeniable defensive pressure. Her three foot marking is strong, evident in her ability to win ball back and create timely deflections to disrupt her oppositions flow in attack. her experience is paramount to the Steel’s attack given the number of injuries with Kalifa McCollin, Jennifer O’Connell and Georgia Heffernan all sustaining injuries with the latter two ruled out for the season. Saunders has take like a duck to water with all the changes in attack, finding her rhythm to deliver ball into the goal circle and using her quick footwork and precise ball movement to bypass the defenders. There is no denying that her connection with teammate Gina Crampton is also critical to the Steel’s success with the two able to rotate the ball around inside the attacking third and create space when there isn’t any. Still solidifying her combination with Ellen Halpenny, Saunders has led the way with her ability to look long into the circle and deliver the ball with confidence.

Expect a tight tussle in the centre third with neither player willing to give an inch even though both sides are out of the race for finals. Saunders and Winders are renowned for their high endurance and skill with Winders doing most of her damage in the defensive third with her ability to pick up ball and propel it down court. If the Steel can get on top of Winders early it will shut down their midcourt and ultimately give them the upper hand to potentially claim their fourth win of the season.