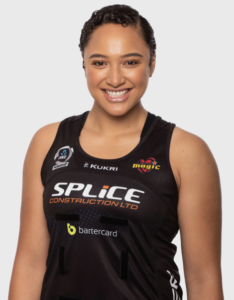 The former Queensland Firebirds shooter has developed at a rate of knots, relishing the extra court time and using her dynamic movement to full effect. While she is not the tallest shooter standing at 181cm Latu-Meafou uses her netball smarts and quick footwork to create havoc and get closer to the ring. She will provide that sense of consistency for the Magic this season down in the goal circle and will be hoping to build on her performance from last season. At only 23, the young shooter has tasted her fair share of top level netball and while she is still developing her craft has proven that she has an innate ability to find the ring and create attacking forays with her play-making abilities.