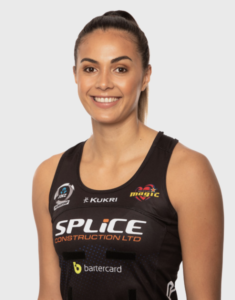 A new recruit for the Magic, the soon-to-be 23-year-old made the swap from the Northern Stars to land at Waikato Bay. The Silver Ferns Development member and Fast5 Netball World Series title-winning side in 2018 has been on the rise since recovering from injury in 2017. Fowler has natural-born leadership having captained the New Zealand Secondary Schools side and her own school team at Mount Albert Grammar. Fowler can play between the goal defence and wing defence, with her athleticism and skill among some of the best traits expected to be on show for the Magic in 2020.