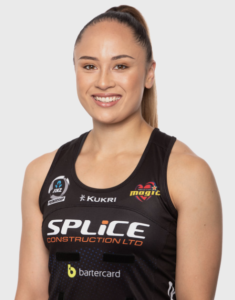 There is no denying that Souness is the speed demon of the Magic, able to tear up the attacking third with her pace and dynamic change of direction. Her ball movement is equally as impressive, able to deliver bullet passes into the goalers. Her use of angles in the attacking third and around the circle edge sets her up to be a key component in the Magic line-up while her general netball smarts also gives her an edge. Souness can take the ball mid-air and most importantly can stop on a dime such is her control and skill to balance and re-calibrate.