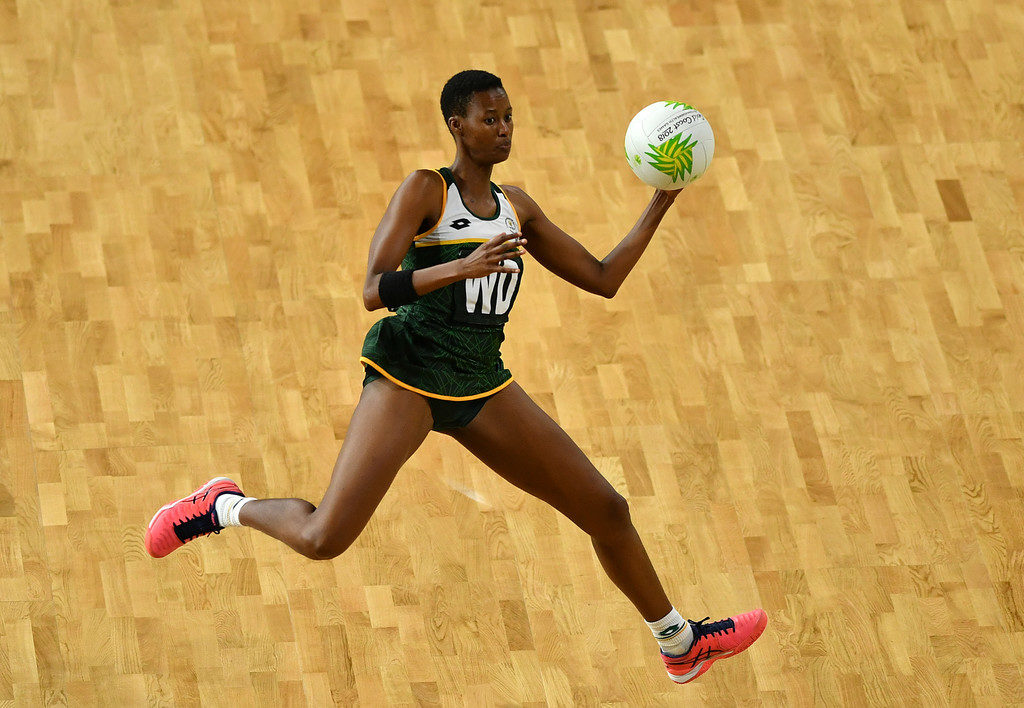 THE Suncorp Super Netball (SSN) is already home to a number of international stars making it one of the strongest netball competitions in the world. However, we as the Draft Central team are creating a list of top 10 players we would like to see join the competition. In at number nine is South African Zanele Vimbela.

The lanky defender has shown that she can hold her on both on the international scale and domestically plying her trade for the Strathclyde Sirens in the Vitality Netball Superleague (VNSL). She only joined their ranks this year but in her three games racked up impressive stats thanks to her go get it attitude, hunt for the ball and tenacious mindset amassing 11 intercepts and nine deflections. Her quick footwork and ability to get around the body makes her an imposing figure despite her slight stature. Although she is not the most physical defender it is her ability to get in the heads of opponents with her three-foot marking, lean over the shot and skill to clog up space and force turnovers. Vimbela can swap between circle defence and wing defence such is her netball nous and transition work to bring the ball down court seamlessly. While her impressive elevation, quick reflexes and strong footwork allows her to cause havoc down in the defensive circle.

As shown through her performance at the Netball World Cup, Vimbela is no easy beat, consistently buttering up and applying a wealth of pressure against a-list players. Her ability to stay on her toes and change direction in the circle to go out and grab the intercept or collect a deflection makes her an exciting prospect and further exposure to the highest league would give her another platform to develop on. She racked up nine intercepts, nine rebounds and eight deflections across the World Cup while only having one turnover to her name showcasing her skill and nous to treasure possession. Fellow Spar Proteas’ defenders Karla Pretorius and Phumza Maweni have become key features in the Sunshine Coast Lightning with the first, winning two consecutive premierships. Pretorius and Maweni have developed at a rate of knots with their defensive pressure and endurance ramping up across the board something that Vimbela would benefit from if she was picked up by an SSN club.

Pretorius and Maweni are not the only South African players to compete in the SSN with Ine-Mari Venter and Lenize Potgieter joining the ranks while captain Bongi Msomi played for the Adelaide Thunderbirds back in 2017. The addition of Vimbela would add an element of excitement to the SSN and despite being 30 she still has plenty of raw talent that has not been tapped into.