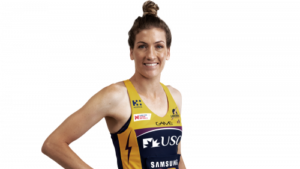 The legendary South African could well have a case as the best player in the world right now, and it is easy to see why. Her work at goal defence is unmatched and is the dominant interceptor in the Suncorp Super Netball. Working hard with Phumza Maweni at both domestic and international level, Pretorius has all the tools to lead the Lightning to their third flag in four years, only just falling short of a three-peat last season. She is as strong defensively as she is offensively, not only turning defence into offence in transition through her intercepts and impressive positioning, but she can also feed her attackers with shrewd passes going forward. Still only 30-years-old, the South African should have a number of years left at the elite level causing headaches for the opposition.