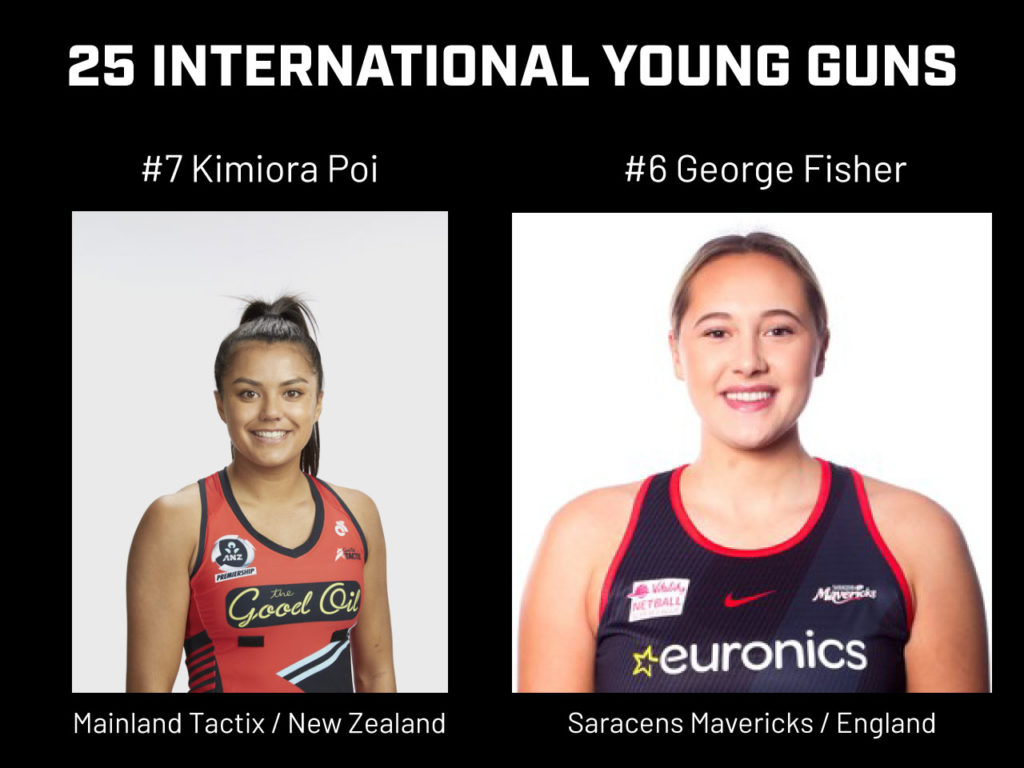 WITH a number of netball leagues across the world being suspended due to COVID-19, the Draft Central team is making a case for the top 25 players under 25-years-old across the netball world. Sitting comfortably inside the top 10 is New Zealand Silver Ferns representative Kimiora Poi and England Roses up and coming youngster George Fisher. With so much talent at our disposal, this countdown is purely opinion-based, taking into consideration recent form, individual potential and future development.

Poi often flies under the radar given the high calibre of talent coming out of New Zealand but really made a name for herself last year both in the ANZ Premiership and later in the Suncorp Super Netball (SSN) as an injury replacement player. The speedy midcourter has plenty to offer with her ball placement and natural netball understanding a couple of key components in her game play. Poi is renowned for her give and go around the circle edge able to quickly manoeuvre around the court and find a good feeding position. She is not overawed by the long arms and three foot marking instead uses her speed to dart around the court and create space. Her ability to switch between wing attack and centre with ease makes her an integral option in any side as shown last season coming into the Collingwood side in the backend of the year and having a lasting imprint. Poi’s ability to stop on a dime and deliver well weighted passes into a variety of shooters whether it be Shimona Nelson in SSN or Ellie Bird in the ANZ Premiership makes her an exciting prospect for future years. Having already made her debut in the black dress for the Ferns, Poi will be hoping to consolidate on her efforts thanks to her high endurance, light feet and skills to muster something out of nothing in the attacking third.

Just outside the top five at number six is George Fisher. The highly touted goaler has plenty of potential and has well and truly shown that throughout the course of her young career so far. At just 21-years-old, Fisher has left an immediate impact on her Vitality Superleague team, Saracens Mavericks thanks to her commanding presence in the goal circle. Her towering figure and ability to score accurately makes her an ominous threat for many teams while her high volume also makes her a big competitor. Fisher is still young and developing but has shown that she can stand up under the pressure not fazed by the defensive prowess of the likes of Eboni Usoro-Brown and Fran Williams. Her connection with shooting partner Kadeen Corbin has come along in leaps and bounds with the two able to create space seamlessly. Fisher is strong on the hold able to use her fancy footwork to claim prime position under the post something that has been on full display throughout her 12 international caps. While she is still in the infancy of her netball career, Fisher has shown she has the tricks to become a big time player with her ability to score quickly and come on and have an impact.