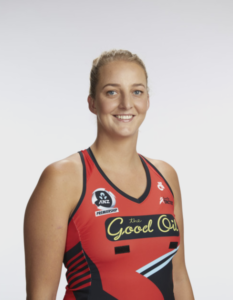 The towering goal shooter is set to have a new partner this season. she proved that she can all but handle the pressure under the post, frequently putting up high numbers and doing so at an accurate rate. In her third season at the club, Bird will be hoping to prove she is the dominant shooter with her commanding presence under the post, strong holds and general netball smarts. Her ability to angle her body away from the defender and pull down the high balls despite the pressure makes her hard to stop when on song. At 196cm, Bird is a threat to be reckoned with, while her rebounding ability is second to none, snatching anything that falls short.