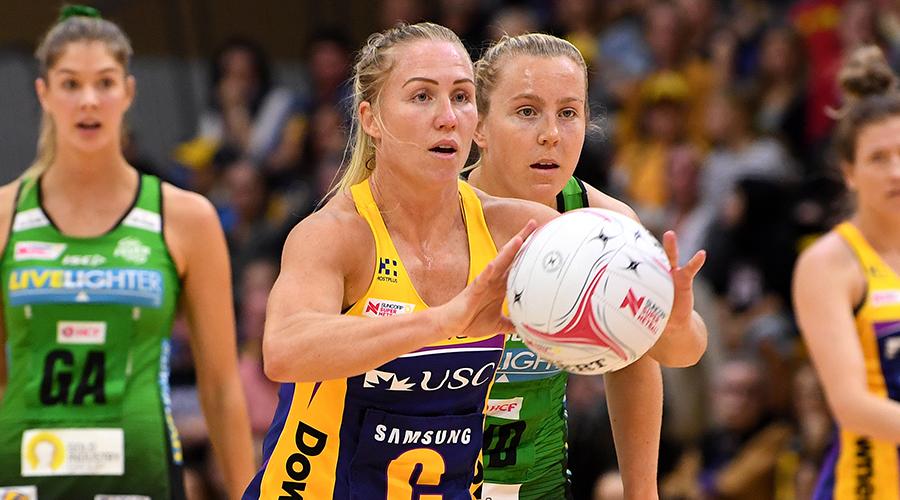 IN the inaugural season of Suncorp Super Netball (SSN) back in 2017, New Zealand Silver Ferns veteran and centre Laura Langman played a crucial role in her sides’ premiership. The Sunshine Coast Lightning were filled with a wealth of talent ranging from Australian Diamonds captain Caitlin Bassett, partner-in-crime Steph Wood and England Roses star Geva Mentor showcasing just how much talent was amongst the mix. At the end of 2017, Langman stepped away from SSN duties to comply with Silver Ferns regulations leaving the Lightning one star midcourter down. However, that did not faze them, going on to win their second premiership and make it back-to-back titles. But 2019 was slightly different. The Lightning had a major overhaul at the end of 2018 with fresh faces joining the 2019 roster and some of the more experienced ones departing for other clubs in the competition. Speedster and dynamic wing attack, Kelsey Browne made her way back home to Melbourne to be with sister Madi at Collingwood, while Mentor and Bassett both departed as well. With Browne gone there was a Langman-sized opening in the midcourt, one many netball fans were glad to see filled by the highly skilled centre.

But what if Langman did not return to SSN in season 2019? Would the Lightning have made it all the way to the grand final?

While we know that no team is better than any one player, the inclusion of Langman is like having an extra two players on court. The centre court player is in a league of her own, thanks to her unfathomable endurance, speed off the mark and defensive pressure. She can easily run a player into the ground while her netball knowledge is out of this world. Having played for upwards of 15 years at the highest level possible, Langman can quite easily change the course of a game single handily whether it be with a huge intercept or a well-timed feed into the circle Langman can do it all and she consistently proved that throughout the SSN season. But without her they may have struggled to generate the same winning formula. Her side had some teething problems early in the 2019 season, but the experience and of wisdom of Langman paid dividends thanks to her cool, calm head. With new shooter Peace Proscovia joining the Lightning and Cara Koenen taking the court more frequently the attack end had a very different look to it, while Laura Scherian had to find her feet in a new position back in wing attack. But it was Langman’s peace of mind, tactics and ball control that helped to steady the ship and provide options to either push forward or reset making her such an integral member.

Although their connections strengthened as time went on it was Langman’s ability to know where to place the ball, controlled speed and skill to stand up under pressure that got the Sunshine Coast over the line on a couple of close occasions. On the odd occasion when Langman was down on her usual output the Lightning suffered to generate that forward push or pressure through the midcourt indicating that if in fact she was not apart of the side in 2019 it may have been difficult for them to climb the ladder. It is not only her skill but so too leadership in trying situations that makes her that a-list player something that the Sunshine Coast well and truly cherished to get them over the line time and time again, having been the only team to not record a draw throughout last season.

While Langman is not the be all and end all of the Lightning she is a key cog in both the attack and defence end and given her side had gone through a major personnel change her presence on court played a huge role in making it to the grand final despite falling short on the day. Without Langman, the Sunshine Coast would have lacked that ace up their sleeve through the midcourt.

Would Sunshine Coast Lightning have made the 2019 SSN Grand Final without Laura Langman?
Created with Quiz Maker