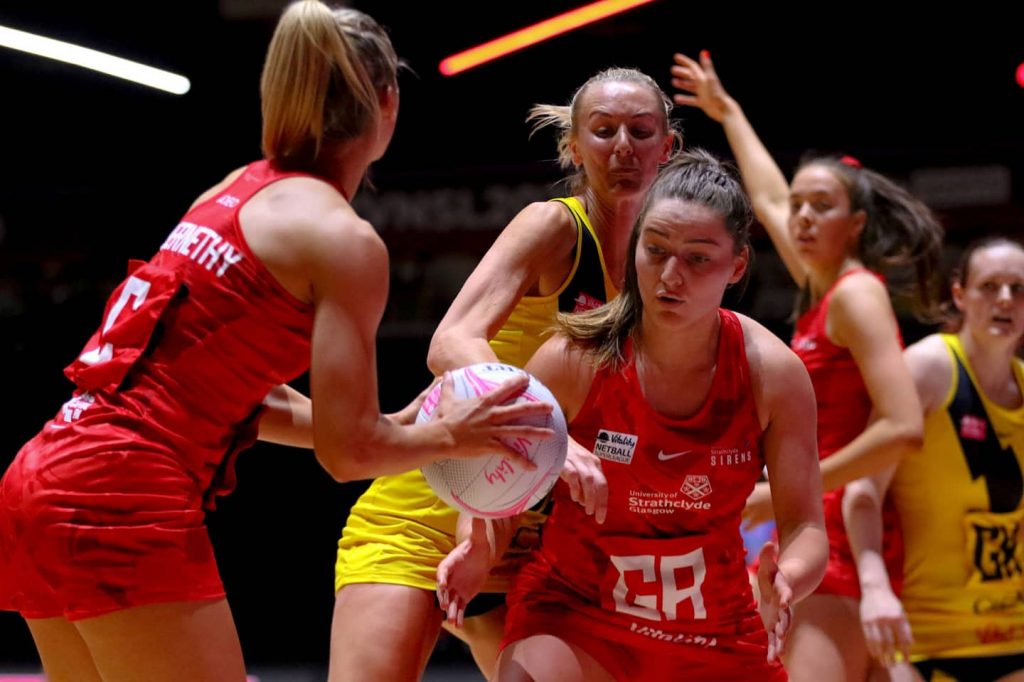 THE 2021 Vitality Netball Superleague was touted as one of the best seasons in the league’s history this year, and no wonder why with every team producing some huge performances and one of the greatest races to finals in many years, with such an even crop of sides vying for content. No team was untouchable, and whilst there were standout franchises in the competition, there were certain players who stepped up to propel their side to new heights despite where their team fell on the ladder.

It is safe to say that the final round of the season produced some of the most wholesale changes across the entire season. With the Top 4 looking almost certain last round, everything changed this week as Loughborough Lightning wreaked havoc on Team Bath and Manchester Thunder downed Strathclyde Sirens, seeing Lightning take top spot – and the minor premiership – while Thunder stole second and Bath fell to third for the first time all season. It was certainly not the finish Bath were after following such a dominant season, and the side will really need to step up during Saturday’s semi-final against Thunder if they want to make the grand final on Sunday afternoon.

Looking further down the ladder, and Rhinos were ultimately handed the final top four position due to the positive COVID-19 case amongst the playing group, and with a question mark still over Donnell Wallam for this weekend’s clash following a family member passing away, they will want to fire up ahead of taking on the ladder-leading Lightning in the semis. Results appeared to go the way of the Saracens Mavericks this week, leaping up to finish in fifth, whilst Strathclyde Sirens achieved their best finish since they joined the competition – bar last year’s unfinished season where they placed fifth with one win from three games – with 10 wins for the season, sitting in sixth. Meanwhile, it was a different story for the inconsistent Wasps, who lost four of their last five games to finish in seventh, their lowest finish since entering the competition in 2017. Rounding out the top eight is London Pulse, whose second half to the season saw them finish with six wins, although their season was unfortunately cut short, unable to pay their final match against Rhinos in Round 20 and surely wondering what could have been.

The remainder of the ladder has not seen much change across the past few rounds, with Severn Stars, Surrey Storm and Celtic Dragons labouring at the bottom. Stars and Storm both redeemed themselves with Round 20 wins to finish the season on a high, while Dragons will be getting to work now to ready for a fresh start in 2022 to put this season behind them.