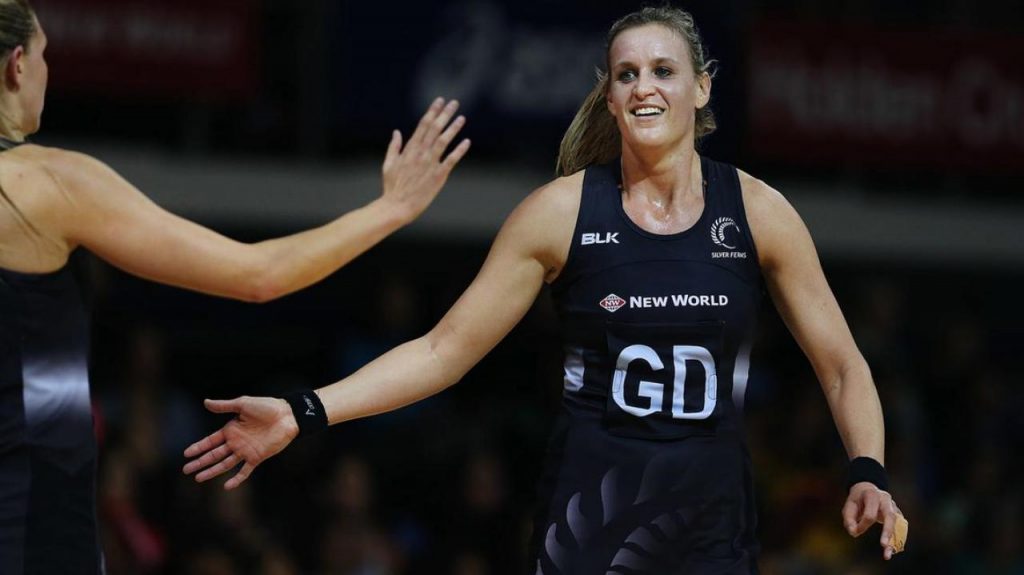 THERE are a number of netballers in the world that have pulled on the international dress for more than one country throughout the career. With netball on hold due to the outbreak of COVID-19 Draft Central has decided to take a look at those players and their international careers and what could have been. Next in line is former Silver Ferns and Spar Proteas defender Leana de Bruin.

Starting off her career with South Africa, de Bruin played 34 international caps for the Proteas before transitioning to the Silver Ferns in 2000 where she racked up a whopping 104 international caps in the black dress. She was as consistent as they came for the Spar Proteas acting as a real wall down in defence and using her smothering style of pressure to halt any easy movement into the attacking third. De Bruin was a commanding influence for South Africa throughout her time able to lead her side on court with her impressive vision and ball handling skills.

A member of the New Zealand Silver Ferns, de Bruin was a key cog in the defensive circle with her hands over pressure, speed off the mark and tagging style of defence. She was hardly ever beaten in a one on one given her strength and general netball nous to work around the body of her opponent. Renowned for her physical pressure and aerial ability de Bruin was a constant pain in any goalers side, able to ruffle their feathers and create turnovers.

Her connection with the likes of Katrina Rore and Casey Kopua was electric with the trio able to cause all sorts of havoc down back. Their zone style of defence was what made them such a formidable unit able to transition well and continue that high pressure intensity. She well and truly cemented herself in the squad becoming the fifth player to notch up over 100 tests with her hard-working mentality constantly on display. While her defensive pressure was a clear asset for the Ferns it was her ability to bring the ball down the court and provide attacking options that also made her a force to be reckoned with.

She has had a decorated career, with the highly touted defender lucky enough to feature in five Netball World Cups – one for South Africa in 1999 and the next four in 2003, 2007, 2011 and 2015 with New Zealand. Her dominance did not stop there with de Bruin also playing in the 2006, 2010 and 2014 Commonwealth Games for the Ferns. Throughout her time, she tasted plenty of success filling the trophy cabinet with gold and silver medals.

After switching to the Silver Ferns, it is fair to say that de Bruin’s services were well and truly missed for the Spar Proteas who at times lacked that X-factor she possessed. Her ability to read the flight of the ball and inject herself into the game was second to none able to make something out of nothing more times than not given her long reaching arms and footwork.