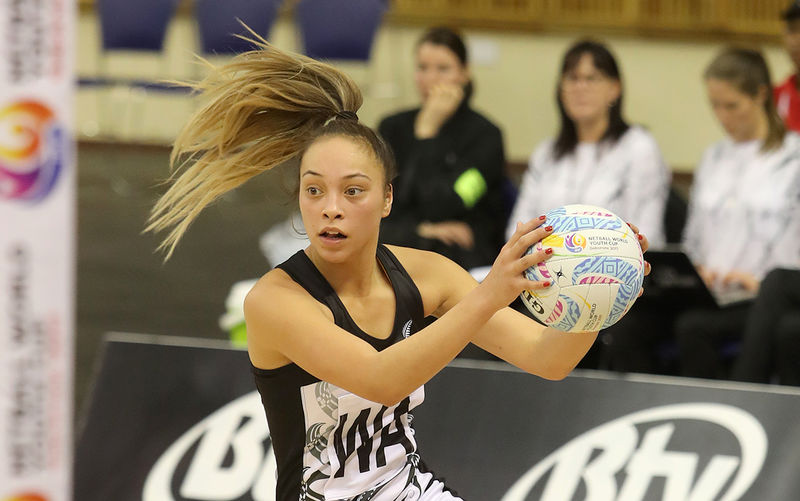 THE Northern Stars wing attack, Mila Reuelu-Buchanan is no stranger to the big stage captaining Central in the Beko National League to a title and winning the Netball World Youth Cup in 2017. We take a look at her international career in Part 2 of the two-part feature on the talented netballer. You can read part one here.

“Captaining the unbeaten Central Beko team to win a title was an absolute pleasure,” Reuelu-Buchanan told Draft Central. “Especially because many of the girls in the team were and are still my very close friends. “Being champions was one thing and being able to be the team captain was a bonus.”

At the age of 20, she has already tasted plenty of success earmarking the Youth Cup as one of her most memorable moments in her netball career so far.

“My favourite netball moment would definitely be winning the 2017 Netball World Youth Cup against Australia in the finals,” Reuelu-Buchanan said. “Even to this day I get goosebumps re-watching the match or even thinking about the win. “It will definitely be a netball moment that I will treasure for a very long time. “It was a surreal feeling – I remember Julie Seymour (assistant coach) told the girls that out of all her netball memories her NZ21 campaign was one of the best. From my perspective I can see why.”

Pulling on the dress for the Silver Ferns is an honour in itself for any player, but given her rich heritage, Reuelu-Buchanan really relished the opportunity to represent her country on a national stage.

“Singing the national anthem side by side with your netball family is an indescribable feeling,” she said. “Being a Tokelauan, Samoan, Cook Island and Maori descendant I felt super honoured that I was able to represent my culture and ancestors on the big stage for NZ. “But most of all the opportunity to play with my last name on my dress on behalf of all my family and friends was the highlight.”

Having already claimed a title in the Beko League and a Youth World Cup, Reuelu-Buchanan is hoping to go one better and really flex her muscles in the ANZ Premiership with the Stars already off to a dominant start.

“I look forward to seeing where our team can go,” she said. “We have been doing really well to begin the season but it is evident that all teams have stepped up therefore we need to crank it up a notch. “Our last two games haven’t been our best, however we are better than this – we have addressed what we need to work on and we will certainly be better.”

While the success of her team is important her own development is also a main focus for the up and coming midcourt player hoping to improve her craft and really establish herself a as a key player for the Stars.

“I look forward to seeing how much I can grow and far how I can push myself,” Reuelu-Buchanan said. “I don’t want to put any pressure on myself this season I just want to continue to enjoy playing the game I love.”

Though she has made her mark on the netball world, it was not always easy for Reuelu-Buchanan spending a lot of time on the bench in her early days.

“The most challenging part of my netball career was learning to sit on the bench with the Pulse,” she said. “This was hard because you go from getting non-stop court time, constantly making your way up the ladder… to a complete standstill. “Bearing in mind that I am still young it was hard to understand at the time.”

But one thing is for sure, her time on the bench taught her many valuable lessons and helped to develop her into the influential player that she has become.

“I learnt so much – and in fact it has only made me a better person and player,” Reuelu-Buchanan said. “What I learnt from this is that being on the bench is not a reflection on who I am as a player. “Does not mean that I have no value or that I am not good enough. “And that’s how I saw it and now I am here with the Northern Stars.”

With plenty of netball ahead of her, the dynamic midcourter has high hopes for the future with making the national side one a prominent goal of hers.

“My aspirations for my future would be to keep enjoying netball and having fun because when I am in this state, I play my best,” she said. “I aspire to make the Silver Ferns. “That is my goal and most probably many netballers goal – however to do this I need to work hard and I need to stay consistent. This is something I am working towards but at the same time not putting too much pressure on myself.”