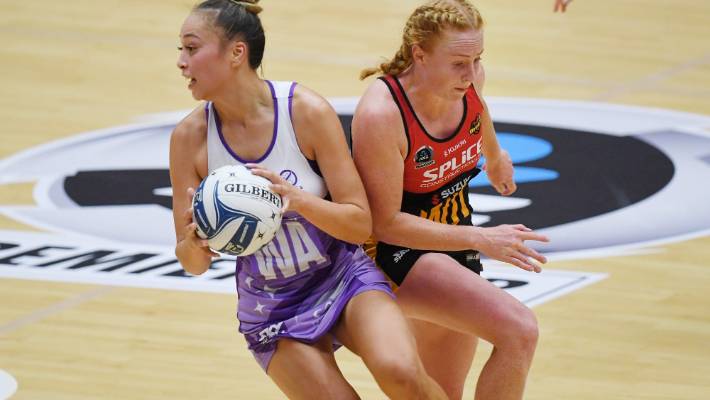 YOUNG up-and-coming midcourter Mila Reuelu-Buchanan has been a revelation for the Northern Stars, who have relished her dynamism through the attack end. With speed to burn, dazzling footwork and pinpoint precision passes, Reuelu-Buchanan was the perfect candidate for the Northern Stars who were lacking that spark. At the end of the 2018 season, the 20-year-old made the switch from the Central Pulse to the Stars in hope of more game time and the talented wing attack has not looked back since.

“I will always respect the Pulse in the sense that I grew up there through all my netball years – however the Stars is my new home now and I hope keep to it this way for a while,” she said.

Reuelu-Buchanan first started playing netball at the age of eight with her mum a major driving force behind her netball career, encouraging her to play sport and get involved.

“My mum was right into netball and she encouraged me to play in school,” she said. “I come from a sporty family, so I was eager to try any sport out.”

Growing up she dabbled in a few different positions finding herself in at goal attack more often than not. During that time she had many netball idols, none more than Australian shooting sensation Sharelle McMahon.

“I played a lot of GA (goal attack) in my younger years and I’d say I was one of the shorter ones in my generation – therefore I really idolised Sharelle McMahon as she was also a GA (and a short one too),” ReuElu-Buchanan said. “I loved watching her quick change of direction, her smarts and the way she would get her shots in even with a massive three-foot mark.”

While McMahon was an initial inspiration for Reuelu-Buchanan as she developed, she praised the work of her former assistant coach and Silver Ferns great Sandra Edge. Edge was a major supporter of Reuelu-Buchanan with the youngster crediting her for helping to shape her netball career thus far.

“She’d take me for one on ones and at the same time she mentored me,” Reuelu-Buchanan said. “I have a lot of respect for her and has taught me a lot valuable knowledge. “She is definitely an idol of mine.”

Since moving to the Stars this year the wing attack has been valuable with her timely passes into the goal circle and clever drives into space. But most importantly she has been welcomed with open arms to the club and surrounded by some netballing greats.

“I am surrounded by so many talented, experienced and incredible women not just on the court but management included,” she said. “I am enjoying learning off these amazing people – who continue to guide me and teach me so many valuable things. “Obviously, the court time that I am getting is something that I am also enjoying – being able to get experience up against some of the best in this game.”

The Stars boast one of the most experienced line-ups in the competition and are scattered with talent down the court with the likes of Silver Ferns royalty, Temepara Bailey, Ellen Halpenny and talented shooter Maia Wilson.

Bailey has taken on a new role pulling on the dress for the Stars this year while also being named as the assistant coach. But it is the experience she offers that makes her such an integral and influential member of the squad.

“Temepara has had a vital impact to my individual development,” Reuelu-Buchanan said. “Learning off a legend is one thing, but actually playing with a legend is another. “I almost can’t explain the feeling but all I know is that these three key players have helped me out on court this season to be a better player.”

While Bailey is an influential figure on and off the court, captain Leana De Bruin was also bookmarked as an important person for Reuelu-Buchanan. De Bruin has played at the highest level for many years, allowing Reuelu-Buchanan to experience first-hand what it takes to make it in the big league and the dedication involved in developing your craft on the court.

“She wears her heart on her sleeve and is such a hard working athlete – the definition of a leader,” Reuelu-Buchanan said. “Although we don’t play in the same area of court – she has still taught me so many valuable lessons. “What is takes to be a leader, working hard, the never giving up attitude, fighting to the end and to just enjoy. “To play for yourself – no one else. “We are lucky to have her in our team.”

The Northern Stars are set to face off against the Mainland Tactix in Round 9 of the ANZ Premiership. Stay tuned for the second part of this feature, delving into Reuelu-Buchanan’s career aspirations and feats so far in her netball journey.