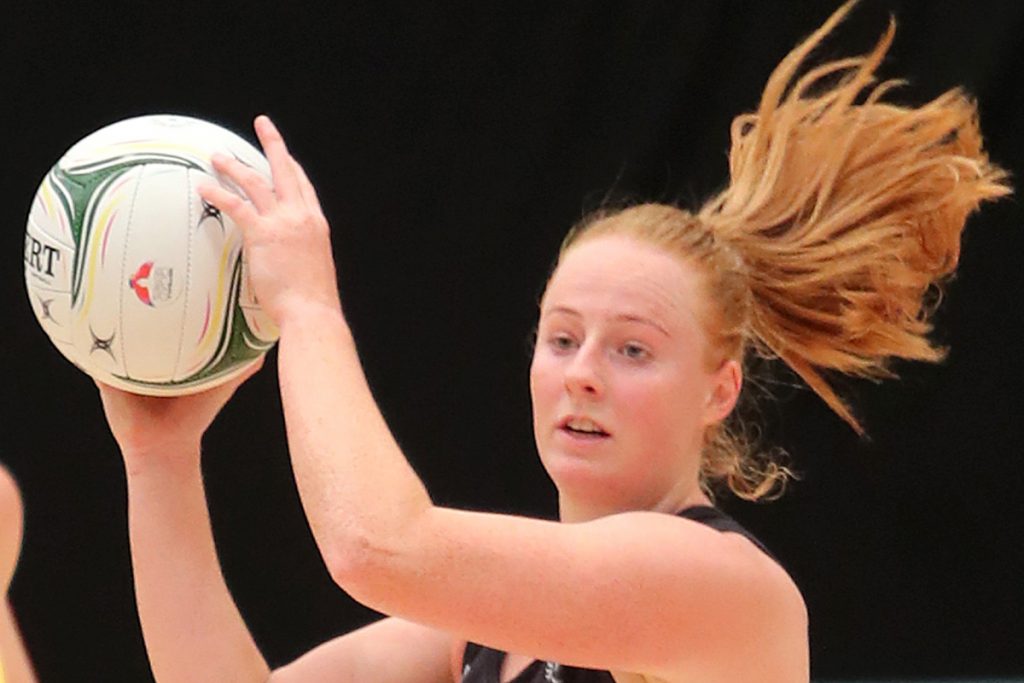 AFTER pulling on the dress for the Waikato Bay of Plenty Magic for the past seven years, the 2020 ANZ Premiership season looks a little bit different for defensive minded midcourter Sam Winders. The COVID-19 outbreak caused a netball hiatus in New Zealand and across the world but play is set to resume on June 19 with Winders hoping to lead her team on a more successful campaign in 2020.

“We want to be the best team that comes out of lockdown because that says a lot about individual work habits,” she said.

Winders has welcomed the extra time at home, with the newlywed able to spend time with her husband and relishing in the fact she does not have to travel regularly.

“Actually to be honest I have loved it. I have been able to be at home these past couple of months which is completely unheard of because I’m never home for more than two weeks in a row. I got to spend some quality time with my husband and do a few things around the house,” she said.

The centre court player is normally jetting off around the countryside whether it be for training sessions or games, meaning she spends very little time at home with her family but has enjoyed the freedom to do normal everyday things.

“We got out on our bikes each day and we set up a wee gym in our garage so we were able to keep active. Yeah I think the best thing about it was I got to spend some quality time with him and then we had his brother and his girlfriend staying with us. So yeah I think that was pretty cool.”

The break from netball has also given her a different perspective on life after netball, and with a degree in management already under her belt, the avid planner is embarking on more studies and looking to enhance her skills off the netball court.

“I’m actually doing a wee bit of study now on the side which is quite exciting and it might potentially be something I want to do after netball. We’ve been quite lucky actually, in lockdown we’ve had the opportunity to have a few workshops and one of them was around careers and life post-netball and for a lot of players that’s a scary thing and daunting because for so long netball is so much of your life and then when you get to the end of it, it’s like what do you do?” she said.

But there is no denying that the fancy-footed midcourter is eager to get back out on the court and dive into what she loves doing most and that is playing netball.

“Sometimes it feels like ‘man I’m away I don’t get to live this normal life that it seems like everyone else does’ but I don’t really want a nine to five job. I don’t want to be doing the same thing week in week out,” Winders said. “Netball is only for a certain amount of time and while I’m able to do it I’m just trying to lap it up and enjoy it as much as possible.”

Away from the club, training has looked a little bit different for Winders, opting for the spin bike and weights while her husband often chipped in as a training partner, offering his words of netball wisdom during isolation.

“I was lucky to pick up a few weights that I was able to put in the garage and the day before we went into lockdown we got a spin bike so we got that too. I live just around the corner from a big field so I’ve been able to do some modified sessions and it’s kind of strange because you’re pressing to go back to netball but when is netball going to start and do I do some running or do I get ball in hand, am I supposed to be practicing playing a game?” Winders said.

“I got my husband out a couple of times to do some ball work and he’s such a typical boy he thinks that if he really wanted to he could easily be in the New Zealand men’s team and I’m like no you couldn’t,” she said.

After playing one game back in late March it is a huge mental shift for not only Winders but so too the whole Magic team with players looking at coming back into the netball routine and igniting that fire in the belly in what has been an unprecedented year so far.

“It’s definitely a big mental shift that has to happen and I think a lot of it has to do with players that haven’t been with their team for so long and I think it will be a very condensed four weeks when we actually have to get back up and running again,” Winders said. “All the players have talked about how much they want it this year and how much they realise we just have to work hard.”

With social distancing in place, the Magic have resorted to other options to stay in touch, regularly meeting on zoom to talk tactics and catch up with Winders driving the importance for personal connection and staying on track when it comes to the upcoming season.

“We’ve been having team meetings every week on zoom and I actually mentioned in our last one, we can’t treat this season as a write off because actually we do get to play 14 more games or however many games and when we look back on it yeah we will think it was the year of Corona but there will still be interest in the winner maybe even more so,” she said.

Despite only being 24, Winders is one of the most experienced players on the list and is a real leader on-court with her defensive presence and netball smarts, able to seamlessly transition between all midcourt positions. Guided by the likes of Casey Kopua last year, Winders has drawn upon her knowledge to help lead the way so far.

“The biggest thing I learnt from her (Kopua) was she wasn’t a big talker, she led by her actions and when you needed her to do something on court she would just step up and do it. She was always the type of player that you wanted to do well for and I think I’ve tried to use these few weeks of lockdown to really connect with people and make sure everybody is okay where they are.”

Defensively the Magic have a very different outlook compared to their 2019 squad with former captain Kopua retiring and young gun Kelly Jury departing to the Central Pulse. But that does not seem to faze Winders who is excited to see what Erena Mikaere and Holly Fowler can bring to the table in 2020.

“I feel really lucky this year to have done some great recruiting, we’ve got the likes of Erena (Mikaere) who brings some height and lots of experience,” she said. “They don’t have shoes to fill, they have their own shoes to fill, they just have to go out there and do their job best as they can which I guess has been the emphasis all over the court.”

While not explicitly stating her preferred position, able to swing between wing defence and centre, Winders did admit to getting an itch when sitting on the transverse line, longing to get amongst the action down in the attack end but also pointed out the pros of pulling on the wing defence bib.

“I love wing d’, it is such an underrated position and I cannot stress enough that if you’ve got a decent wing d’ then your defensive end will be ticking because they are the ones that call the shots, call the plays, set everything up in my opinion anyway, I love that part of it. If you only have six players never get rid of wing defence,” she joked.

With the end of isolation insight and the season set to commence in less than a month the team-minded Winders is simply just looking forward to getting back out on court with her fellow, Magic teammates.