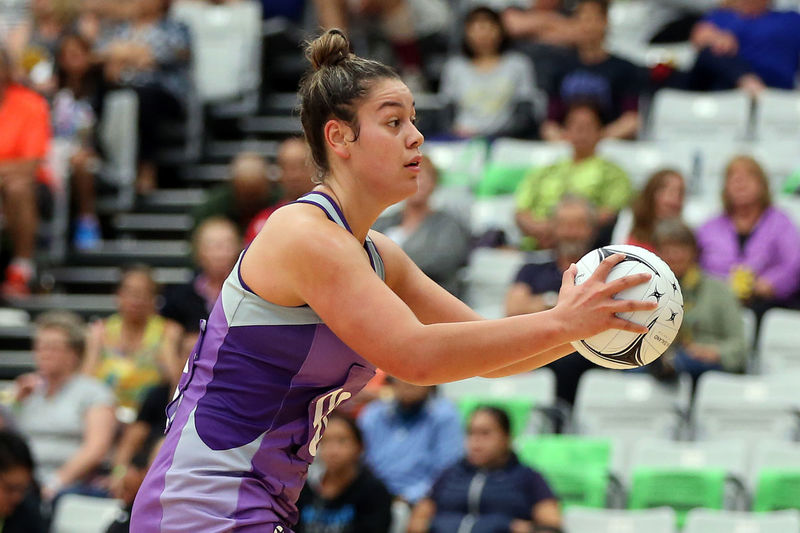 WITH long bomb specialist Maria Folau retiring from international duties the Silver Ferns are in desperate need of a replacement. Renowned for her impeccable shooting range and no fuss attitude on court, Folau has long been one of the most influential goalers in Ferns history. Throughout her career, the talented shooter has tasted plenty of success recently winning the coveted World Cup in England. The 33-year-old played 150 international caps for the Silver Ferns and has been a focal point in the goal circle with her precise movement, ability to withstand pressure and skillset, meaning her on court presence will be sorely missed.

While she has only played 14 games on the international stage the 23-year-old is an exciting prospect for the Ferns. Wilson is clever and knows how to use her body to create space and claim prime position under the post. She is a smooth mover, who while she relies on her height is not afraid to change up her game play with her surprising agility. Standing at 188cm it is not common for a shooter to move as easily as she does but Wilson has proven on more than one occasion that she has the skill to do so. The goal shooter is a commanding presence under the goal post and oozes a sense of calmness and control. She is not often put off her game by the physical pressure and thrives under pressure as shown in her early selection for the Ferns. She is strong along the baseline showcasing her impressive ball skills to reel in errant passes while her accuracy to post is also on the incline.

Although Mes has been apart of the Silver Ferns outfit for years, in recent times she has struggled to snag a starting or permanent position on court, something that she could do with Folau now gone. The goal shooter come goal attack, is at home under the post with her impressive leap causing all sorts of headaches for opposition defenders, able to outmanoeuvre them under the post and gobble up rebounds. Her versatility is another key element of her game play with her dynamic movement in the circle and speed off the mark. She can also play the role of a holding shooter, making her a real threat for other teams. Mes has played 70 international caps and will be keen to keep that number growing with her on-court leadership and read of the play. Her accuracy to post can be shaky at times but when on song she is hard to stop, able to carve up the attacking third with her precise ball movement and confidence to post.

The young goal shooter has had limited exposure to the international stage but has displayed her accuracy and domination in the ANZ Premiership. Coming off a premiership with the Central Pulse, Dunn is no easy beat under the post with her towering height and quick feet. At just 20-years-old Dunn still has plenty of development left in her but is quickly becoming a demanding figure in the goal circle thanks to her clear and strong holds and strength in the air to get herself to the ball. Her physicality under the post also makes her hard to stop. Her connection with Ameliaranne Ekenasio also puts her in prime positon for a call up to the Ferns outfit, given their impressive shooter to shooter interplay and general netball understanding. While she does not have the same range of Folau, she offers a high volume of shots along with sheer accuracy and that is what makes her such a special prospect for the Ferns.