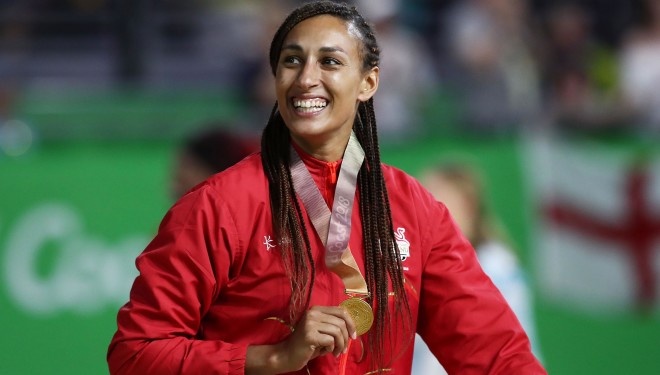 AT 35-years-old Geva Mentor is heading towards the twilight of her career despite not showing any signs of slowing down. The impressive goal keeper has all the class in the world and has proven time and time again that she has what it takes to compete with the young up-and-coming stars, along with the experienced shooters. Mentor has been a key cog in the England Roses defence unit for roughly a decade, while also being a commanding figure at all domestic leagues. But the question must be asked, when she retires who will take her place? Draft Central take a look at a couple of possibilities.

Only at the beginning of her netball career, Artman has showed that she has the firepower to be a contender for a more permanent fixture in the Roses outfit. With tenacity and excitement to boot, Artman could pave the way for the future of the Roses. She is light on her feet and uses her lean over the shot to intimidate goalers. Her quick feet and ability to read the play allows her to have a constant impact on the flow of the game, attempting to disrupt the attacking forays with timely tips.

Already a co-captain with Team Bath in the Vitality Netball Superleague (VNSL) the young goal keeper oozes leadership skills and reliability. Artman while she is not the flashiest player, does the little things well, applying a wealth of pressure shutting down options with her precise movement.

The 23-year-old defender burst onto the international scene with her sheer strength the focal point of her game play. Her ability to position cleverly in the goal circle and consistently swat away balls with her quick movement and netball understanding makes her an obvious choice to replace Mentor. Although she is still young and honing in her craft, Quashie boasts a litter of skills ranging from her three-foot marking to intercepting ability. Her commanding presence under the post puts fear into the feeders’ minds and she is not often outmuscled such is her defensive prowess.

Her consistency with the Mavericks at VNSL level proves just how much of a talent she is, notching up 15 intercepts and five deflections in just three games. While she only has 11 caps to her name, her ability to hold her own, back herself in a contest and use her feet to get around the body of an opponent makes her an exciting prospect for the Roses.

The Australian turned Roses international has plenty of experience at domestic level but is yet to get a real run at it on the big stage. She is one of the most athletic players renowned for her aerial ability and vertical leap. No high ball is safe thanks to her strength in the air, she is deceptively quick and has a high netball IQ. While she is not the tallest defender she makes up for it with her attacking intent and silky footwork to push her opponents up high in the circle.

She is constantly on the prowl for intercepts and covers the court with ease. Shimmin is not afraid to put her body on the line and apply physical pressure to put players off their game. although she has only played five international games, Shimmin knows what it takes to mix it with the best and could bring that experience to the Roses line-up as a more permanent option in years to come.