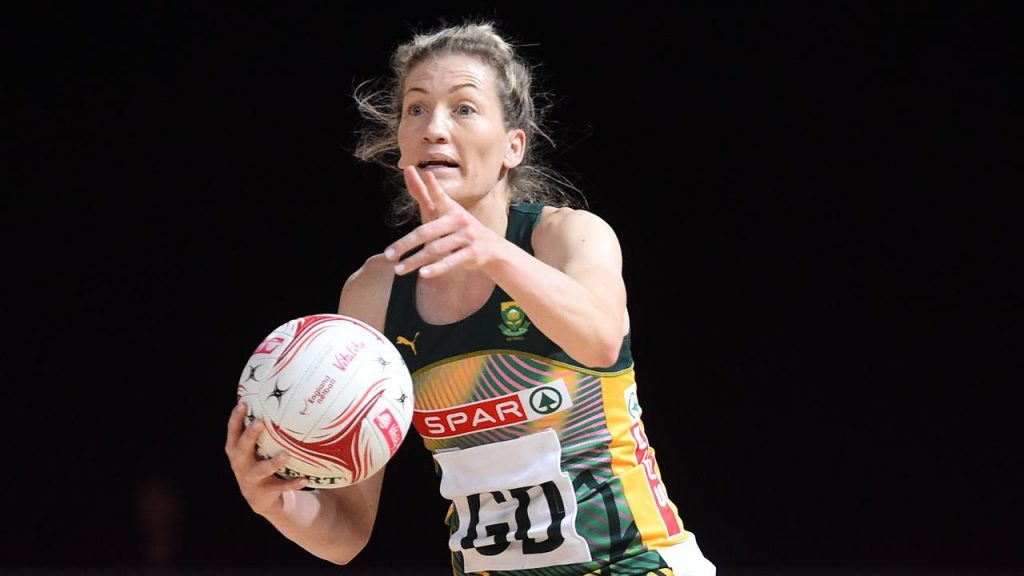 THE Spar Proteas have risen up the rankings, seen as a team to beat with star players across the court and speed to boot. Led by inspirational captain Bongi Msomi, South Africa have pushed many of the top four nations to their limits, collecting crucial wins and getting inside opposition heads. But in a look to the future, the question must be asked who will replace the role of captain when Msomi retires, with the midcourter celebrating her 32nd birthday this year. The two options listed have experience playing in both the Suncorp Super Netball (SSN) and Vitality Netball Superleague (VNSL), showcasing their ability to perform both on an international level and domestic level, week in week out.

Karla Pretorius:
There is no denying that the electrifying goal defence has skill, stamina and x-factor to boot. She is lightning quick and able to have an impact at every single contest such is her read of the play. The 30-year-old has shown no signs of slowing down and is already a key leader down back with the goal defence dictating the space and using her experience to lead the likes of Phumza Maweni and Shadine van der Merwe. Pretorius’ read of the play and calming presence pays dividends in the defensive third for the Proteas, able to swoop in and change the course of the game in an instant. Her go-go gadget arms and quick footwork makes her nearly impossible to stop while her endurance and durability makes her a crucial cog in the Proteas defence and attack, often able to feed the ball through the midcourt. Already the vice-captain, it would make sense for the defender to step up to the plate and deliver as captain if and when Msomi retires. Pretorius is the one that players look to to lift or inspire the side to create turnover ball and go on a scoring spree. She is hardly ever out-muscled despite her slight stature and is a real workhorse across the court with her ferocity and desire to win the ball.

Lenize Potgieter:
The talented goaler is clearly a key cog in the future development of the Spar Proteas with her quick fire shooting style and accuracy to post. Potgieter is strong under the post and has been a permanent figure in South Africa’s line-up for the past couple of years with her ability to hold space, create scoring opportunities and pile on the attacking pressure. Her silky movement and strong hands makes her a commanding presence in the goal circle. At 26, Potgieter still has plenty of time left to continue her leadership and has proven to be a threat to be reckoned with under the post with her unconventional shooting style, high volume of goals and play making abilities. She can withstand the pressure and is not afraid to absorb it to act as the main goaler for South Africa as shown throughout all her international outings. Potgieter has developed her versatility throughout her career, able to switch from a holding shooter to a moving one, and occasionally pushes out to goal attack displaying her netball smarts and clever ball delivery. She can adapt to a wealth of shooting partners whether it be Sigi Burger, Ine Mari Venter or young gun Lefébre Rademan, such is her composure and leadership in the attacking third, something she will have to maintain if she does take over the reigns.

While there are a wealth of other options such as Khanyisa Chawane, Venter, Maweni and Zanele Vimbela, expect the leadership role to fall to either Pretorius or Potgieter given they are both consistent figures for the Spar Proteas.