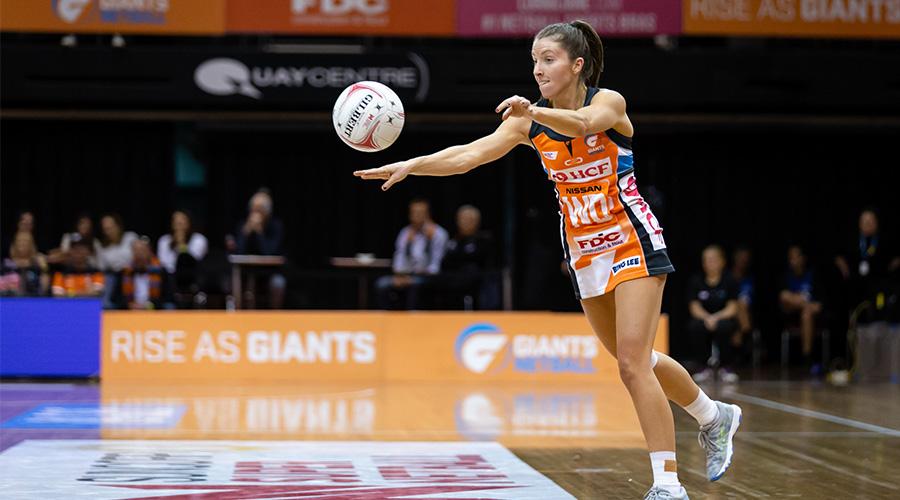 AFTER an action packed 2019 Suncorp Super Netball (SSN) season, there will be plenty of players hoping to kick it up a gear in 2020 and really showcase their X-factor on the court. Each player proved they have the capabilities to mix it with the best in the league and will be keen to take that next step in their development throughout the SSN season and potentially prove their worth for an international call up.

Without the likes of Australian Diamonds captain, Caitlin Bassett at the helm last season, Sunshine Coast local Koenen stood tall under the post. Vying for a spot against new Ugandan recruit Peace Proscovia the young goal shooter showcased her dynamism, strength, skill and accuracy to post. The 190cm goaler steadily built into the season and most importantly grew in confidence, using her clever body positioning to command the ball and apply scoreboard pressure. At 24, Koenen still has plenty of development left in her but if last year is anything to go by Lightning fans have plenty to be excited about heading into season 2020 with her versatility an obvious factor in her game play. Her ability to seamlessly switch between goal shooter and goal attack makes her a dominant threat while her height, quick footwork and long arms allow her to reel in balls that would typically fly over the baseline. More court time surrounded by some of the best players in the world will aid Koenen’s game style and allow her to play with more freedom and confidence.

The highly touted wing defence took the competition by storm last year, bursting onto the scene and not looking back. Her speed off the mark is second to none able to stream down the court and fly past to pick off an intercept. Parmenter’s quick change of direction and hands over pressure is also highly impressive. While she faded out of high intensity games at times the 22-year-old will be hoping to put out a more consistent performance in 2020 to really assert herself as a dominant player in the SSN. Already a threat in the air with her intercepting skill, her court coverage is equally impressive able to shadow her opponent step for step and block their every move to cause confusion in the attacking third and create errors. Renowned for her defensive traits, Parmenter can swing into centre and showcase her attacking tendencies with her strength around circle edge and deliver well-weighted passes into the goalers. With further exposure at the highest level her netball smarts will only continue to develop and make her a player to watch.

Entering her third season with the Queensland Firebirds, Jenner has quickly become an integral member in their defensive unit. Renowned for her more physical style of defence the 22-year-old will be hoping to clean up in 2020 to ensure she stays in play more and can assert herself on the attackers. She is an excitement machine that constantly sets tongues wagging with her ability to take a huge intercept and read the play. Her ability to regularly interchange between both goal keeper and goal defence is an impressive feat. Standing at 184cm the highly skilled defender is lightning quick on her feet, able to get to contests and create timely deflections. She is strong in the air credit to her leap while her strong hands enable her to reel in intercepts or swat away balls entering the defensive third. Her constant movement and repositioning causes headaches for attackers with Jenner confusing the space to pick off intercepts. Her attacking drive through midcourt is another key element of her game play and will only further develop with more court time. She proved she could match it with the best and hold her own and while she was worn down at times by the experienced players there is no denying that Jenner has plenty of grit and determination.

Coming off a premiership last season and earning herself a full time contract this season expect Craig to up the ante even more in 2020 to prove it was not a one off. The skilled midcourter has versatility to boot able to pull on the wing attack, centre and wing defence bib, the latter her preferred. She is clever with ball in hand and strong around the circle edge, denying her opponent any easy passage into the attacking third. Craig proved to be a crucial cog in the Swifts premiership last year and more court time in 2020 will only foster the development of the dynamic midcourter. The 177cm wing defence is not the speediest player to grace the court but her netball understanding, ball placement and drive through the centre is what sets her apart. She provided a good chop out for the Swifts last season, injecting plenty of energy and defensive pressure when on court but will be wanting to ensure she can sustain that over a period of time in 2020 to have her intended impact.