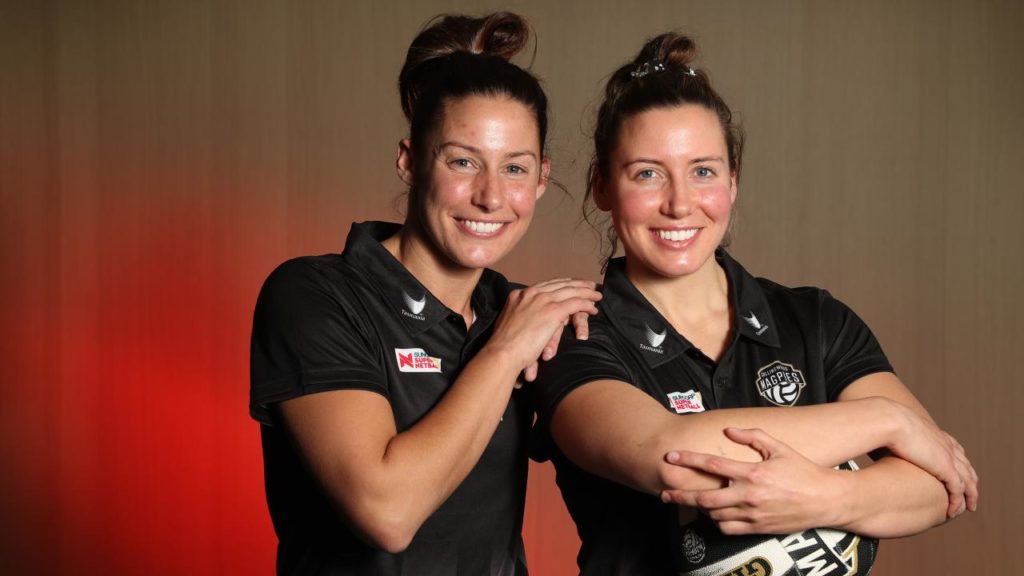 LAST season was shaping up to be the year of the Magpies in the Suncorp Super Netball after recruiting a wealth of A-list players. Fresh off back-to-back premierships, Lightning duo Geva Mentor and Kelsey Browne joined the black and white, while former Australian Diamond and West Coast Fever star Nat Medhurst was also among some of the key signings for the club. In the first pre-season tournament, Collingwood reigned supreme taking out the inaugural Team Girls Cup thanks to their slick ball movement, defensive strength and speed. But unfortunately, the tournament was marred by injury with co-captain Madi Browne succumbing to what was later revealed as a season ending anterior cruciate ligament (ACL) injury. Often criticised for having too many highly talented midcourters with both Madi and Kelsey Browne, along with Kim Ravaillion and Ash Brazill the Magpies were at a crossroads. Although it was hard to replace the co-captain on court, they made do with the skilled list they had shuffling players around and later bringing in the likes of Silver Ferns dynamite Kimiora Poi. But the injuries did not stop there with Kelsey Browne also rupturing her ACL in August that season, all but putting a dampener on their 2019 grand final hopes.

So what if Kelsey and Madi Browne did not do their ACL in season 2019? Would Collingwood have progressed into the next stage of finals?

It is fair to say that both Kelsey and Madi Browne are the heart and soul of the club often providing that spark both on and off the court with their flashy style of play and excitement. With Madi going down before the season officially started it put a clear strain on the Collingwood line-up with the side struggling to find their rhythm in attack. The classy wing attack oozes experience and is strong around the circle edge, something that the Magpies lacked at times. Her ability to move into centre and have an influence also allowed Collingwood to shake-up their midcourt and keep opponents on their toes, something they would have been hoping to have up their sleeve throughout the season. With new connections in the goal circle thanks to recruits Medhurst and Shimona Nelson it took some time for the feeders to adjust to their varying styles meaning the experience and presence of Madi Browne was sorely missed in the early stages. Although they have similar styles the speed of Kelsey Browne is what made her such an integral player for the Magpies, able to dart around the court and exploit even the tiniest spaces. She delivered the ball with confidence and precision a skill that would have been highly valued heading into the finals.

Towards the backend of the season the Magpies seemed to find some strong form trouncing crosstown rivals Melbourne Vixens by 11 goals in the final game of the home and away season to walk into finals. But when it came to D-Day Collingwood was all out of options missing the depth on the bench and reliability of both Browne sisters. There were changeups across the court with wing defence come centre Brazill announcing herself as a real powerhouse with her athleticism and endurance and while she along with Poi and Ravaillion worked gallantly it was clear that there was a piece missing in the jigsaw puzzle. Gabby Sinclair often found herself out in wing attack to provide another option out the front while training partner Kelsie Rainbow was elevated to add to the midcourt stocks.

Given the fact that both Kelsey and Madi Browne offer such unique talent, speed and netball understanding an assumption could be made that Collingwood could have gone one further if not all the way had they not been affected by injury from the very beginning of the season.