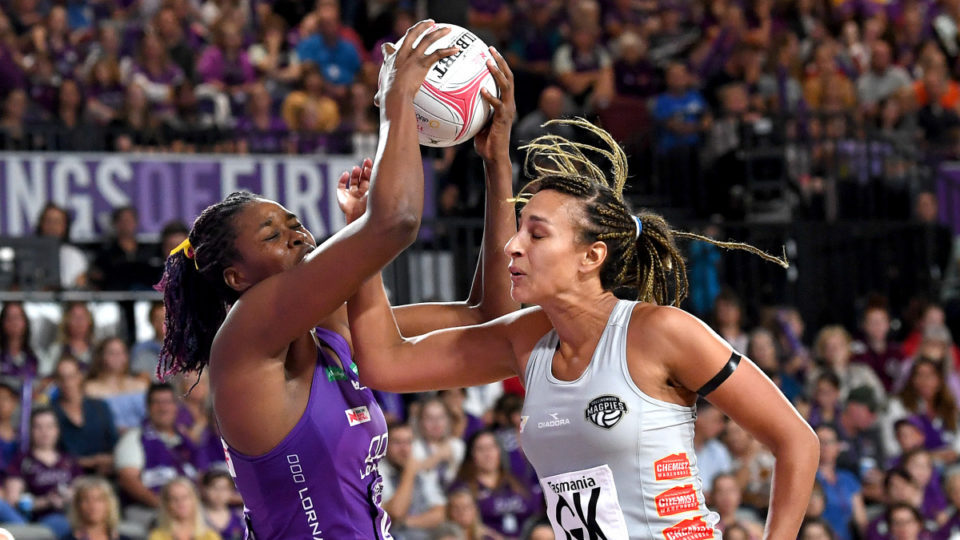 THE 2019 season was challenging for the Queensland Firebirds only registering one win and two draws for the year. Wins proved to be hard to come by and with multiple injuries popping up throughout their campaign the Firebirds struggled to get their momentum going. Unfortunately, Mahalia Cassidy went down early in the season with an anterior cruciate ligament (ACL) injury and was ruled out for the rest of the year, while goal shooter Romelda Aiken wrestled with an ongoing bone stress injury in her tibia that saw her sidelined for a chunk of time. Although the Firebirds recruited the services of South African shooting sensation Lenize Potgieter, and Abigail Latu-Meafou got some court time in at goal shooter, it took a while for the attacking end to click and gel as a cohesive unit.

So what if Aiken was not sidelined with injury? Would the Firebirds have won more games?

There is no denying that the Firebirds look like a more complete team with the Jamaican goal shooter standing under the post. While her accuracy can be a bit hit and miss at times it is her commanding presence that works wonders for the team. Aiken has proven on more than one occasion that she is strong on the take and does not get easily outmuscled by her opponents. She is agile and her long wingspan allows her to reel in passes many would see trickly over the base line. Throw in her impressive aerial ability and high volume of shots and Aiken is one of the most key players for the Firebirds.

Her connection with livewire and Australian Diamonds goal attack Gretel Bueta is also something special to behold. The duo is one of the most unconventional, unpredictable and exciting combinations to take the court. Aiken complements, Bueta’s style of play allowing her plenty of space in the circle while their shooter to shooter interplay is top notch. Aiken can sight Bueta both on the hold or on the move and has quick hands to release the ball something she has developed rapidly over the past couple of seasons.

Aiken’s ability to shake up her game play and get on the move also highlights just how much of an influential player she is, able to sense when the team needs something different to feed into. Her strong connection with the now retired Caitlyn Nevins also paid dividends with the crafty wing attack able to seamlessly deliver ball into Aiken while the speed and dynamism of Jemma Mi Mi also played into the hands of Aiken given her quick positioning under the post.

But her absence from the Firebirds starting line-up was evident with the midcourters having to work in overdrive to find Potgieter and Bueta in the circle. While both are dominant shooters, the feeders had to change up their approach given that Potgieter lacked the height and wingspan of Aiken. The Firebirds were not without their chances going down in Round 5 to the Adelaide Thunderbirds by three goals while succumbing to their second draw of the season in Round 6 but if the Jamaican was available for it could have been enough to get Queensland over the line and add a couple more wins to their tally.