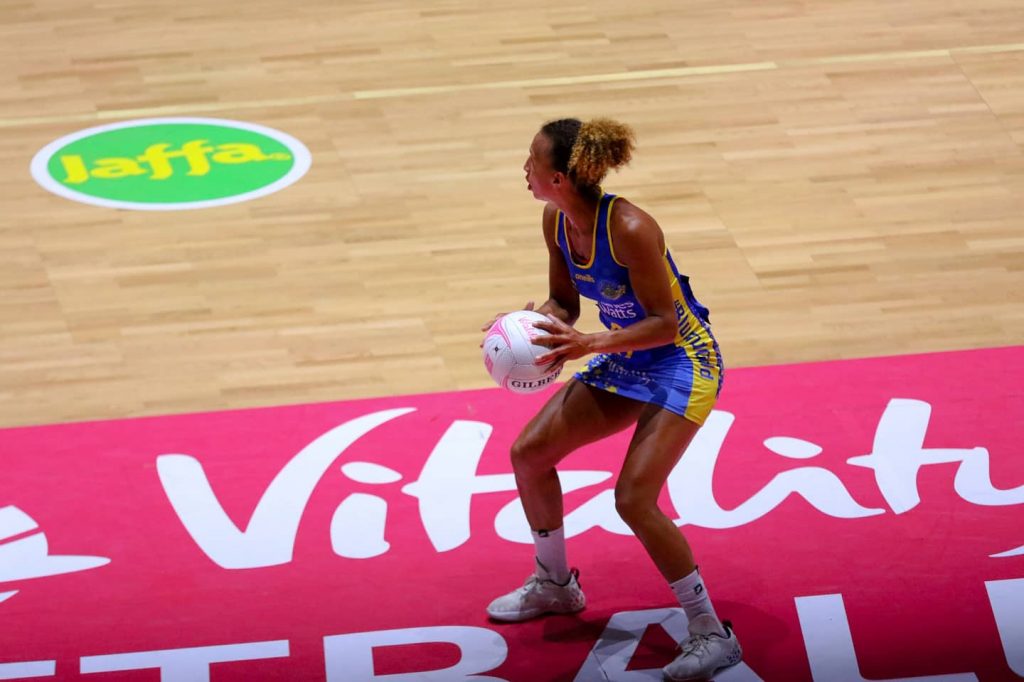 VITALITY Netball Superleague (VNSL) Round 20 is here, and thus the end of the season has emerged with the closest campaign in recent years proving exciting and unexpected from start to finish. While the top four was prematurely decided following a positive COVID-19 case amongst the Leeds Rhinos playing group, the top three sides still have top spot to play for following unprecedented Round 19 results, whilst a quest for bragging rights remains for lower sides.

Round 19 ladder update: What is required from each top three side?

With fifth, sixth and seventh positions still in contention, Mavericks need a win here to at least settle the score that they could have made finals if things played out differently this season. At the same time, the Storm have absolutely nothing to lose and have played out some big results over the past few rounds, making this one an intriguing clash to say the least. With some great developing players amongst the playing group the Storm will look to test the Mavericks, although the Mavericks’ newfound versatility and depth on the bench should pay off to put one last win in the book.

While Razia Quashie has already been ruled out of this matchup after suffering a potential Achilles injury last round, the Storm front-end does not have it any easier with both Jodie Gibson and Jo Trip forging a great connection throughout the season to really slam home the pressure and create exciting defensive moments. Both able to play a flashy game with their aerial leap or settle to a classic and physical one-on-one contest, Karyn Bailey and Emma Magee will have their work cut out for them against the Mavericks defensive duo. Through the midcourt expect plenty of speed from Yasmin Parsons with Gabby Marshall set the test of limiting the crafty wing attack, while two experienced heads in Mikki Austin and Sasha Corbin will go toe-to-toe. At the other end, the Mavericks boast a couple of viable options to post which allows them to avoid becoming too predictable, with Kadeen Corbin, Ine-Mari Venter and Britney Clarke all reliable and strong.

Whilst neither team necessarily needs a win to complete their season given the Thunder has already secured a top three finish and the Sirens are out of the running for finals, it is safe to say this clash could be very interesting. Something worth keeping in mind is that the last time the Sirens and Thunder played, it was the opening weekend of VNSL action for the year. Whilst the Sirens went down by a hefty 17 goal margin in that encounter, the side had not yet found its footing in the competition meaning anything could happen here.

When it comes to this clash, there is no shortage of firepower. Expect a huge matchup between the two exciting Malawians, with Sirens goal keeper Towera Vinkhumbo one of the leading goal keepers in the competition and taking on compatriot Joyce Mvula – who is arguably one of the most consistent goalers in the league. But one of the big tests the Thunder front-end poses is the consistency of Thunder’s attack, with Ellie Cardwell able to both playmake and hand off the attempts to Mvula, or carry the load herself. This versatility could really shake the Sirens defence with Emily Nicholl and Taylor Cullen really needing to create a defensive buffer and deny the likes of Caroline O’Hanlon and Laura Malcolm pride of place on circle edge. Malcolm, O’Hanlon and Amy Carter will need to limit the speed in transition from Cullen and captain Gia Abernethy, while Beth Dix has been a livewire feeding into the circle, with Thunder’s Kerry Almond and Emma Dovey needing to put on the speed and creative flair to limit the impact of Emma Barrie, Bethan Goodwin and Niamh McCall to post.

Expect a big clash here between the Dragons and Stars with both sides sitting on the lower end of the ladder, but the Dragons well within their chances to get a second win on the board and close out their season on a high. Whilst the Stars got the chocolates last time they met, the Dragons have produced some solid performances over the past few rounds and have somewhat found their form in the front-end which could challenge the Stars. Realistically, Stars should still take out this victory, although expect the Dragons to give them a run for their money.

The likes of Amy Clinton and Rebekah Robinson have been fairly consistent performers all season, usually lacking confident ball into the circle but proving relatively accurate to post when they do find the ball. It will be up to Shona O’Dwyer and Laura Rudland to confidently bypass the defensive effort from the likes of Iman Thomas, Lucy Herdman and Malysha Kelly, while Nia Jones and Kyra Jones play a vital role through the midcourt, transitioning well with their turn of speed. Dragons’ Clare Jones has played a crucial role back in wing defence for the Dragons, utilising her change of direction to create deflections, with the likes of Lucy Harris and playmaker Paige Reed both needing to apply some real offensive pressure to propel ball into Georgia Rowe and escape the long limbs of Dragons defenders Abigail Tyrrell and Annika Lee-Jones.

A big matchup will wage between the 10th ranked Storm and sixth ranked Wasps to open Monday’s proceedings, not necessarily because of an expected result, but because the Storm will officially say goodbye to their attacking pillar Bailey, who announced her retirement during the week. The Australian goal shooter has been with the club since 2019, and played her first VNSL season at Mavericks the year prior, closing out a solid career in both Australia and the UK. Nevertheless, the Wasps were only pipped of a finals position this week, just like Mavericks and Sirens, meaning the side will be out hunting to get one last win on the board to prove what might have been.

For the Wasps, expect Fran Williams and Josie Huckle to pile on the pressure and not make life easy for Bailey and Magee at the post, while Lily-May Catling will need to be in tip-top form to disrupt the ease with which Parsons goes about her business. Iona Christian has really elevated her game this season alongside Amy Flanagan, so expect the duo to be a tough barricade through the centre and drive up the court with speed, with Niamh Cooper likely tasked with stopped Christian’s pinpoint passes into the circle. Defensively, Storm will hope to have the services of livewire Alima Priest back at their disposal, while without Priest, Felisitus Kwangwa and Leah Middleton will need to be switched on to force errors from the confident combination of Rachel Dunn and Katie Harris.

These two sides have not played since Round 1/2, making for an enticing clash given there is no more recent encounter that could play in with their respective form. Both sides come into this matchup off the back of unprecedented Round 19 losses, opening up a real question of which side has the intent and ability to bounce back well here. Both renowned for their ability to play a full court defence and shut down attacking forays, both Lightning and Bath will have their work cut out for them, with the side that is quickest to play its own game most likely to command control throughout and claim the points.

As is often the case between two similarly strengthened teams, the winner of this match will be the side which controls the centre third. Whilst Team Bath boasts

in the centre and Jess Shaw and Imogen Allison on either wing, the Lightning can match them for defensive intent credit to the workrate of Nat Panagarry, Beth Cobden and Hannah Joseph. Both sides have another viable wing attack each who can slip into the position to have an impact, while in the attacking neither side has a real hole in their offence with Lightning boasting Mary Cholhok, Ella Clark and Suzie Liverseidge, while Bath’s combination of Kim Borger and Sophie Drakeford-Lewis is backed up by an in-form Betsy Creak. Defensively, Sam May and Jas Odeogberin will have their work cut out for them against the Bath versatility, while Bath’s own backline in Layla Guscoth and Eboni Usoro-Brown is also hugely influential.