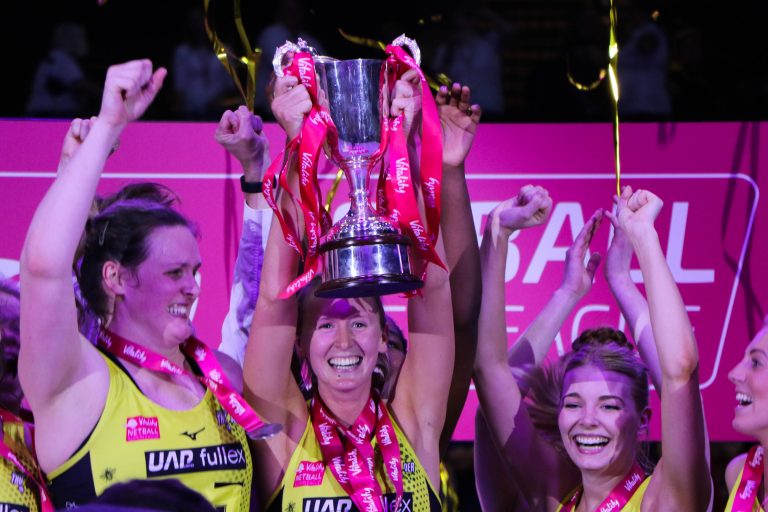 WITH the 2020 season of the Vitality Netball Superleague now upon us, we take a look at each team heading into a massive year in Superleague netball. The next team in our season preview is Manchester Thunder.

With a 2019 premiership on the horizon, Manchester Thunder went to a new  level in 2019 with the confidence, consistency and connection across the court to get the job done by season’s end. The premiers were able to bring the heat to every team in the competition, poking holes in each side’s connections to create a formidable opposition and made the side a difficult side to stop when they got going.

The reigning premiers are sure to want to go back-to-back this season and certainly have the skill set to do it, though the side will hope the loss of key defender Kerry Almond does not have too big an impact on their chances. That being said, an already solid defensive pairing of Emma Dovey and Rebecca Airey will be bolstered by the addition of Lauren Ngwira who has jumped ship from London Pulse, with long arms and great timing making her a tough player to come up against. With bench rotations who can have as much of an effect on the court as the Thunder starters, look out for Manchester as they will look to go back to back.

Joyce Mvula was new to the side in 2019 and well and truly made her mark on the competition with her ability to find the ball and accuracy to boot. While not the flashiest player, the Malawi goaler made herself a key fixture at the post with her cleanliness and temperament on the court, using the space well to remove her defender from the equation and her split was second to none making for a tough circle opposition.