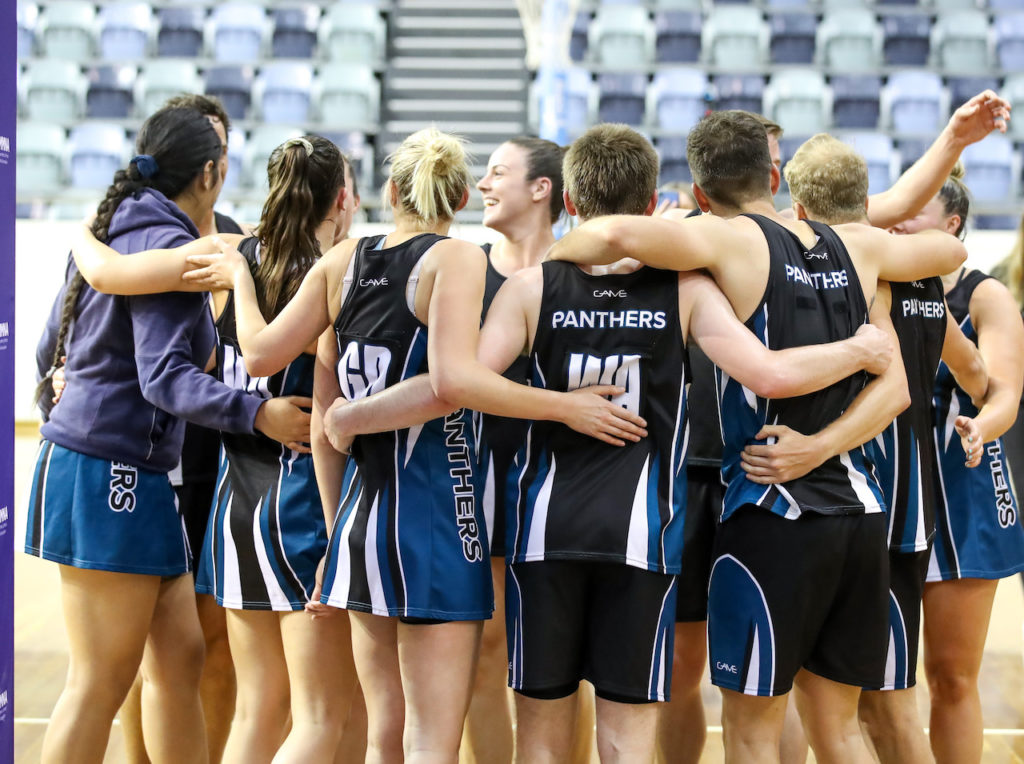 THE Premier Mixed Division grand final saw plenty of intensity, action and push and shove between both Parkville Panthers and Geelong Cougars, with Parkville running out premiers for the second year running despite a strong effort from the Cougars. Two sides packed with Victorian talent, this match was one to watch regardless of the final score, and with plenty of players on their second grand final for the night the match was tight from the get-go, with fatigue sure to set in sooner rather than later after a rollercoaster Men’s Premier Division grand final directly prior.

Though the end score suggests an uneven match, it was nothing of the sort with Parkville Panthers well and truly tested early by their counterparts. While the Panthers had the lead for majority of the match the Cougars ensured they kept on their toes, trailing by one goal throughout the first half before the Panthers managed to pull away in the third. Defensively, Geelong’s Luke Rawlings, Jake Noonan and Sarah Szczykulski could not be faulted early, causing mishaps and inaccuracy to post for the Panthers. Neither side looked after the ball early with disrupted ball flow from both teams and every player on court going hard into the contest. A feisty contest from the get-go saw Dylan Nexhip and Brayden Pastore (19 goals) go head to head for the  second time that night, with Nexhip and fellow defender Georgette Paatsch double teaming Pastore and Julia Woolley (15 goals) to deny any easy access to ball in the circle.

The second quarter continued much the same while the tenacity on court hit another level as the scores remained relatively level. Geelong wing defence, Laura Giles had the upper hand in the second term over speedy Elle McDonald in wing attack, cutting off strong drives, applying great hands-over pressure and sticking like glue around circle edge. While both sides continued to fight for every ball, Panthers brought back some classy play thanks to the constant drives and second efforts from grand final MVP Brodie Roberts (32 goals) in at goal attack, aided by Riley Richardson’s ability to come off the body and take up loose ball. The game was not over, however, with Geelong continuing to play hard and Noonan rotating through where required, switching from goal defence to centre to add an extra burst of speed through the midcourt alongside Vanessa Augustini who played out a consistent four quarters with speed, strength and game smarts to boot.

The third quarter saw Panthers switch it on, shooting 14 goals to six to pull ahead to a lead they ultimately maintained for the rest of the match. That being said, the amount of pressure piled on from Geelong defensively was palpable with the Panthers’ ball skills spot on until they reached the goal circle, faltering and wasting precious ball before winning it back through the midcourt. Uneeq Palavi and Roberts worked well in tandem despite constant pressure in the circle, before Amy Starzer took the court in goal shooter to provide some versatility in her movement. While Woolley kept up her strong movement and Pastore used his speed to find plenty of ball, the defensive pressure from Paatsch, Nexhip and wing defence, Casey Adamson saw the Cougars pair struggle to continue their early form and Pastore subbed off late in the quarter before returning for the final minute of the match.

While the Panthers were unable to settle in the third they well and truly ran away with it in the final quarter, shooting 16 goals to nine in a dominant display. Despite efforts from Rawlings, reaction time on point for intercepts all across the court and more missed opportunities from Parkville, the Cougars were unable to fight their way back into contention and ultimately went down by 16 goals in a final quarter that definitely was not indicative of the overall match quality.