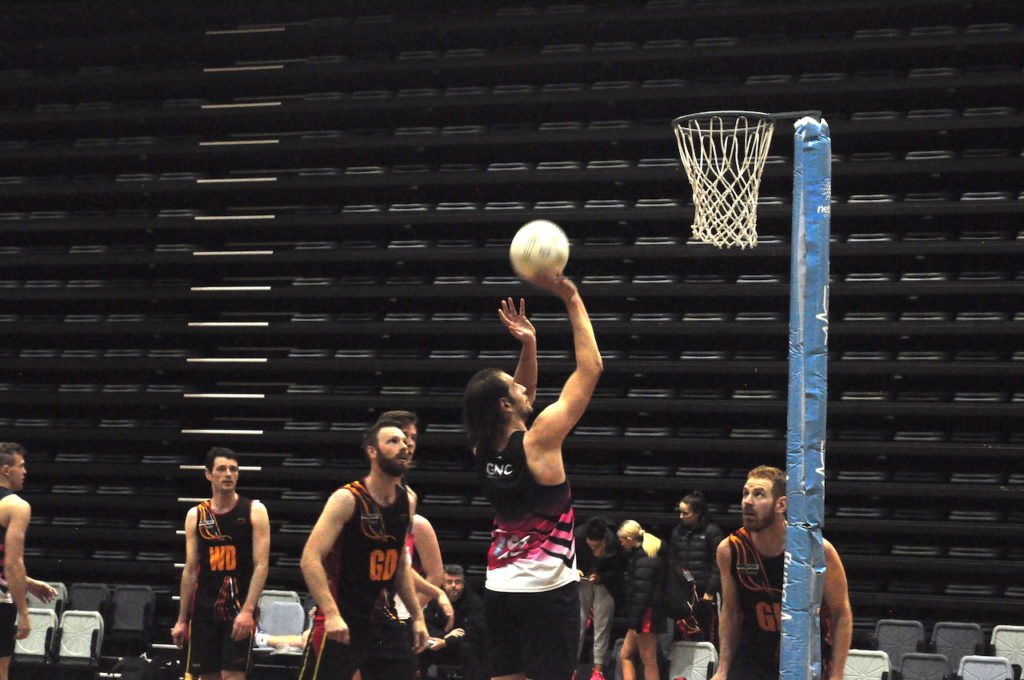 THERE were more close matches than not in Round 6 of Men’s Premier Division, with two games down to the wire with two goal margins finishing matches on a high note. The other two matches saw sides extend their lead early before a fight back from their opposition but to no avail, finishing with seven and 11 goal margins respectively.

Sirens Netball pulled off a fantastic come-from-behind performance against St Therese, running out two goal victors (51-49) over the Saints to continue on their merry way in second on the ladder. Meanwhile, Southern Seahawks jumped DDNA into sixth on the ladder with a seven-goal win and their second for the season, while Melbourne City Blackhawks landed back in the top four with an eleven-goal victory over winless Ariels.

Pasifika Sharks came close to dealing Geelong Cougars their first loss of the season, only going down by two goals and keeping the undermanned Cougars under the pump. Despite missing stalwart player-coach Gerard Murphy and key goaler Luke Marko-Rawlings the Cougars got off to a fantastic start with a 17 goals to 10 first quarter, before a phenomenal fight back from the Sharks saw the underdogs shoot 20 goals in the second to be down by only two goals half-time thanks to a bag of 19 from goal shooter Junior Levi, who went on to finish with 60 goals to his name. The Sharks were unafraid to make changes, giving players a run across the court in hope to trip up their opposition. This saw the scoreline see-saw in the second half with both sides finding bursts of energy to take control but ultimately seeing phenomenal defence and attacking movement. The attacking prowess of Sharks’ Cameron Powell was vital with feeds into Levi needing to be pinpoint accurate to get over and around the aerial ability of Geelong’s Alastair Punshon and Joshua Burns, while the other end saw Brayden Pastore showcase his silky footwork and speed teaming well with Cameron Allum in goal shooter, with the pair sharing the load to shoot 34 and 32 goals respectively.