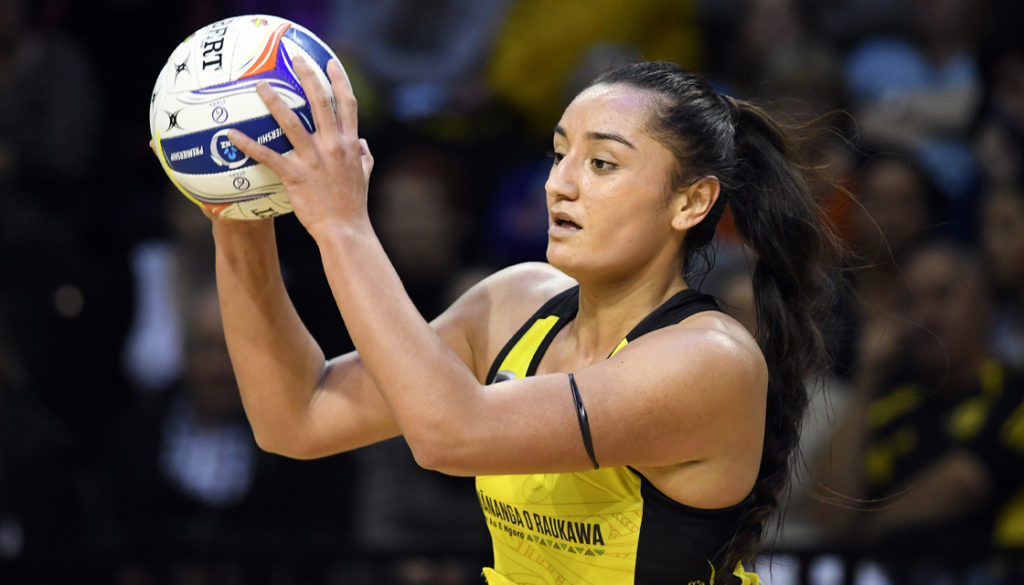 WITH the ANZ Premiership set to commence on June 19 netball fans around the world are gearing up for another eventful season. With Round 1 wins going to the reigning premiers Central Pulse along with the Northern Mystics and Waikato Bay of Plenty Magic expect the likes of Tactix, Stars and Steel to come out with a real fire in the belly. We take a look at one up and coming player from the remaining teams and the potential impact they could have throughout the season if given more court time.

It is hard to believe that Metuarau is only 19 given she has been apart of the Pulse for four years and played a role in their premiership winning year. She is a smooth mover across the court, able to hit the scoreboard and back herself from range. Metuarau is crafty with ball in hand able to deliver to her shooting counterpart and does not skip a beat. She is not fazed by the physicality of the bigger bodied and more experienced defenders instead welcoming the challenge. The goal attack uses her speed and spatial awareness to have a profound impact on the netball court.

Playing with the likes of Silver Ferns legend Ameliaranne Ekenasio, Metuarau has been exposed to what it takes to mix it with the best and constantly better yourself. Throw in towering goal shooter Aliyah Dunn and Metuarau will once again have her work cut out for her to gain a more permanent role on the court but definitely has the skillset to do so.

Yet to play a game this season, despite only one round being completed, Metuarau impressed in her 2019 campaign with 59 goals to her name but will be hoping to improve her accuracy from 70 per cent to mid 80s if she is really to have an impact in 2020.

New to not only the club but the overall league, Prosser will be wanting to show that she has what it takes to mix it with the highly talented defenders in the ANZ Premiership. Throughout her time in the Beko League the 183cm shooter proved her worth and most importantly her deadeye accuracy under the post coming out as the second most accurate goaler in the league, something she will be hoping to replicate for the Tactix this year.

With Ellie Bird all but cementing her spot in the goal shooter positon and Silver Ferns Te Paea Selby-Rickit joining the team over the off-season, Prosser will have to work hard to earn a spot in the side. But with classy goalers around her, expect the 24-yearold shooter to learn her fair share of tricks in the goal circle.

She is an exciting and unknown prospect for many teams in the ANZ Premiership and could prove to be the ace up the Tactix sleeve when it comes down to the tight contests.

Soon to be 21-year-old Georgia Heffernan had an impact when on court last year albeit limited and will be hoping to go one better this year. Still honing in her craft the young goal attack possesses plenty of x-factor and uses her commanding height to have an influence under the post. Heffernan is a strong mover and while is still working on her accuracy she backs herself from range making her one to watch for the Steel. Having been a training partner for the past two years, the goal attack is well aware of what is expected to perform at the top level and will be hoping to showcase her strong hands and athleticism.

With the likes of Silver Ferns shooter Te Paea Selby-Rickit gone the goal attack position is up for grabs and while newbie Kalifa McCollin has joined the ranks the door is still ajar for the young New Zealander to leave a lasting imprint with her netball nous and clever game play.

Although she has not featured so far in 2020, Heffernan proved in 2019 that her ability to set up her teammates was a key attribute of her game play along with her spatial awareness racking up 12 feeds across five games. Her ability to come out at the centre pass also adds another string to her bow, testament to her high endurance levels.